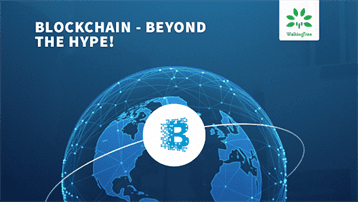 Interest in the blockchain technology has peaked in the last few years. Once considered the synonym for the bitcoin (and cryptocurrency), now it is clear that cryptocurrency is just one of the use cases in the whole gamut.

As part of this article, I will talk about the various advantages of blockchain technologies.

Why should I care about this?

The simplest answer is to compare the Gartner’s hype cycle for emerging technologies for the year 2016 and 2017: 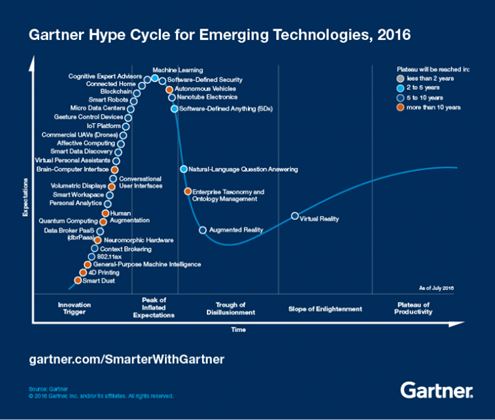 What you will notice is that in 2016, it is kind of just entering the peak of inflated expectations, while in 2017, it is almost on the way out of this phase and about to enter into Trough of Disillusionment.

What does this mean?

Let’s look at the below diagram and with this lens, let’s understand the two charts shown above:

Where will this be helpful?

Blockchain is useful in more than 35-industries and it is solving some of the key problems that people were uncomfortably living with. Specifically, by using the Smart Contract, Digital Currency, Strong Security, and Improved Record Keeping – the blockchain is revolutionizing the transaction based industries.

At the high level, whenever you see the following symptoms, it won’t hurt you to think of Blockchain:

While there is no doubt that AI has a huge role to play in making this world a better place to live, the following trend shows that people are very keen on blockchain too: 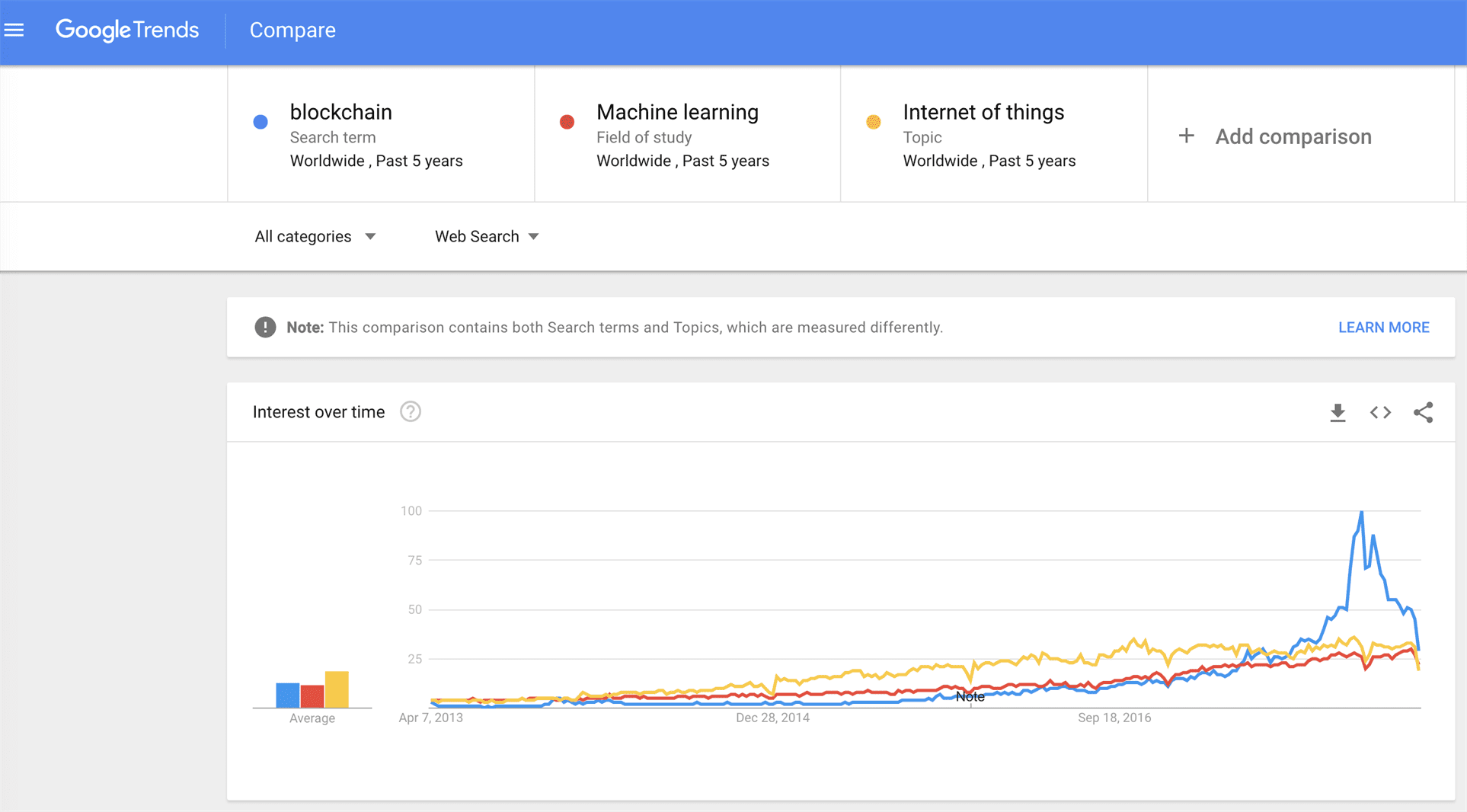 What amazed me even more is that Bitcoin is dominating the trend in a big way: 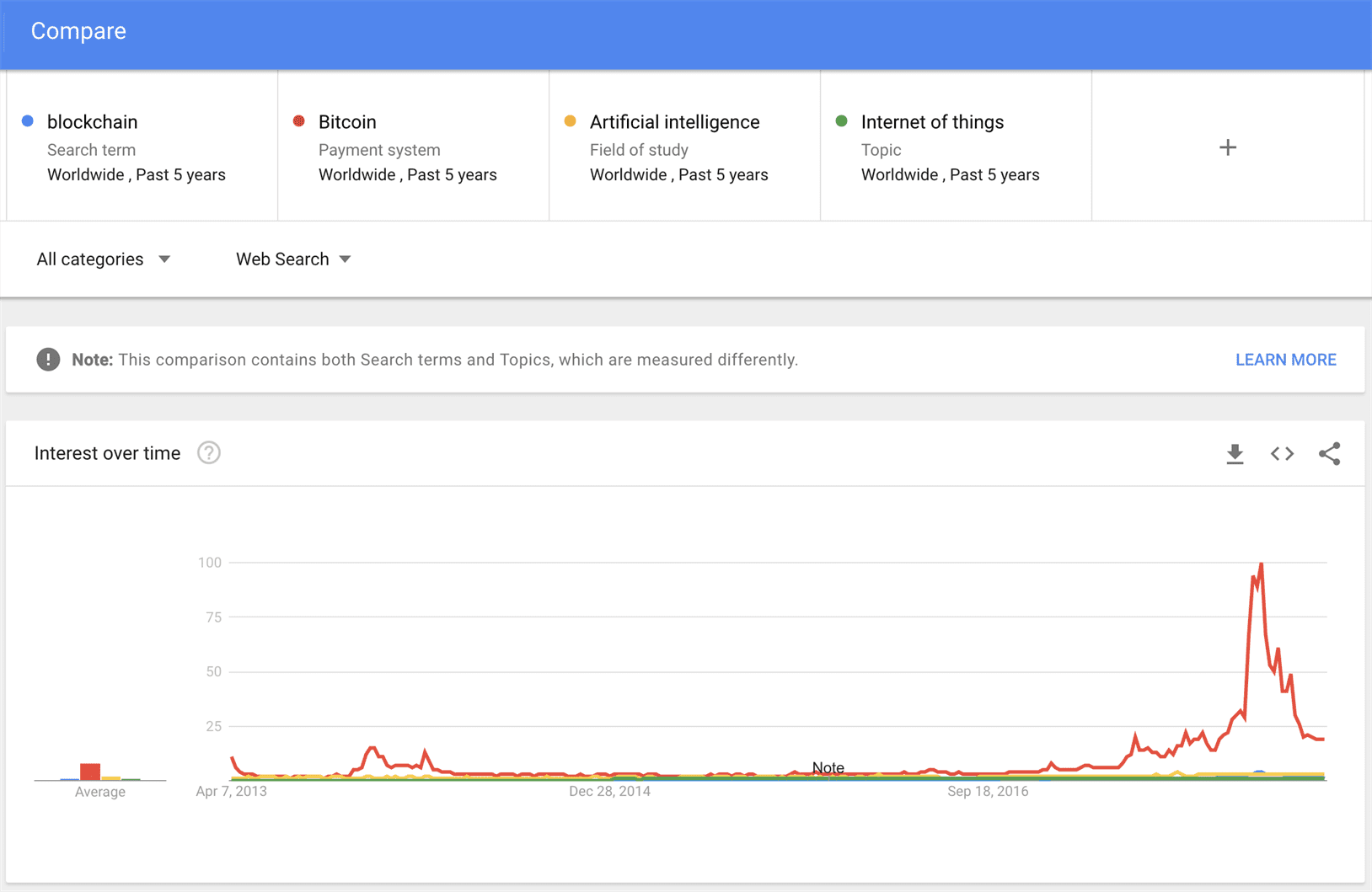 The following chart from Statista, shows a continuous increase in the user base of cryptocurrency users:

There is no debate that bitcoin is just one of the use cases of blockchain technology, however, it is also a very well documented fact that bitcoin kind of gave the name to this technology. When you look at the trend above, it just assures you that blockchain cannot be ignored.

It is true that the blockchain is relatively a new kid on the block, which is trying to establish its own legacy. It does come with a huge promise and it looks occasionally rebellious. While good people are trying to make genuine use of this technology, like any technology, this is also vulnerable to misuse. However, based on current trend and the need I do feel that blockchain is going to enable us to solve a number of problems.

At Walking Tree we have come up with a strategy to combine our current strength, of building amazing web/mobile applications, with the blockchain technology and ensure that people are able to transact value without any fuss. 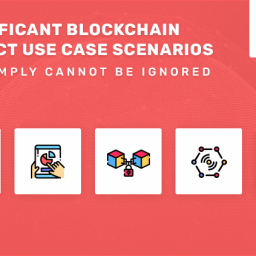 A Performance Preface Recently, there has been much hype about Blockchain Technology, all thanks to the introduction of…