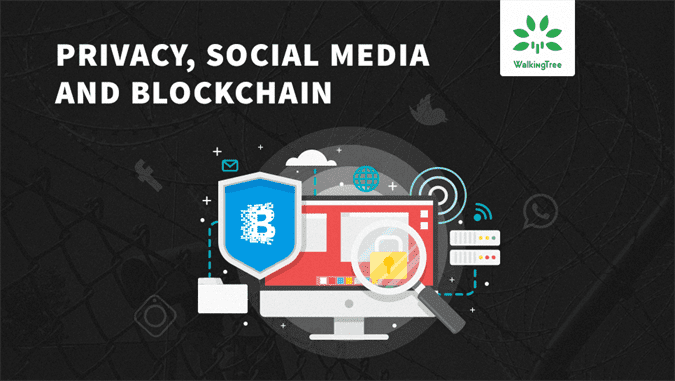 Blockchain sometimes seems like a solution to all the problems. Hence, with the Facebook–Cambridge Analytica data scandal, involving the collection of personally identifiable information of up to 87 million Facebook users, rocking the social media, it becomes natural to ask the question, how blockchain based social media solutions could have prevented this.

Further, when the Facebook director Mark Zuckerberg apologized for the situation with Cambridge Analytica, calling it an “issue,” a “mistake” and a “breach of trust.”, then it sounds even imperative to explore a solution which will ensure trust in the trustless environment. Again, Blockchain looks like a likely savior.

Before we go further, let’s understand privacy a bit. Privacy is (a number of nations mandate this as part of their constitutions) and it should be a fundamental right and it shall be protected at the highest level.

In the modern world with so many lives – personal, professional, social, and even lives using different profiles and avatars, etc. of the same person, the privacy must be protected by the organizations in which people are putting their trust. However, the fact is that there is no standard around this and there are millions of combinations, which makes it difficult to cater to everyone’s custom need. Privacy consists of a large number of subspecies and it will be constitutionally impermissible to define and include every aspect of privacy as fundamental rights and hence the protection becomes a great challenge for sure.

While few people will be extremely strict and they might even pay a subscription fee to protect their privacy, there is a huge number of people who will be okay to share part of their data for convenience and other services, including promotional offers. So, taking an idealistic stand may not work in the best favor of people who want to explore the world as much as possible.

As a user of any platform, people go to the given platform for a specific need and they trust the platform to protect them from any misuse. This trust is important for people as well as the platforms.

What does Blockchain have to do with this?

Assuming that a given user is not at all giving a consent to share his/her data then their data shall not be shared at all. Full stop. The current social media must respect this and do everything possible to protect this.

Interestingly, while Blockchain talks about strong security through immutable, tamper-resistant design, the transactions (i.e. communications) can still be seen by the participating nodes on the network. Although the privacy protocols like zk-SNARKs, which is based on a zero-knowledge proofs, is attempting to allow two parties to verify the transactions without revealing that specific set of transaction details, it is still not widely used. Definitely, this doesn’t seem to have been developed for solving the social media messaging related privacy issues. Thus, applying blockchain for the sake of privacy may not be a great idea. There is no point in sharing data with a centralized system (the existing social media) and saying that I don’t trust you and hence put a blockchain.

Is Blockchain useful in social media at all?

I am sure there will be use cases where social media will utilize blockchain to build some exciting stuff. However, in the current state of things, it looks like pulling out a sword where a needle could have done the job.

However, if the users are creating a cryptographically-scarce object, which shall be protected from privacy as well as duplicity perspective and managed by nodes in the peer-to-peer network then it definitely calls for blockchain. Specifically, if that specific media is gamified, the community is engaged and commercials will organically grow then it makes all the sense to put blockchain on the trial.

I see several use cases in social media where blockchain will change the way things work today. For example

While I do see possibilities, when I compare the scale and creativity of the current solutions, it looks humongous task at this moment. Blockchain may look like a promise, however, it doesn’t look anywhere near to be able to challenge an incumbent social media platform. Of course, it will be interesting to see how the existing solutions get challenged.

Right now, the blockchain has its own overhead and it does look tricky to challenge the incumbents. However, scalability being a constant talking point in the blockchain community and projects like Raiden and Lightning network being adopted by some of the mainstream crypto companies, it does give a hope that scalability and throughput problems can be overcome. It is always fun to fantasize to have control over everything. However, like any technology, this may get misused by people with vested interest. So, I do believe that putting a continuous education among users and developer will be of great help. In any case, looks like we are in for some exciting innovation in this space and it will be fun.