The event-driven architecture is a popular architecture for building fast-paced and highly scalable applications. It is made up of highly decoupled, single-purpose components that asynchronously receive, and process events. Let’s take an example of an eCommerce website to understand this concept better.

Let’s assume there are a total of 5 components in the structure i.e event producers, initial and processing events, event routers, and event consumers. A producer publishes an initial event to the router, which then pushes processing events to consumers. Producer and consumer services are decoupled, which allows them to be scaled and deployed independently. 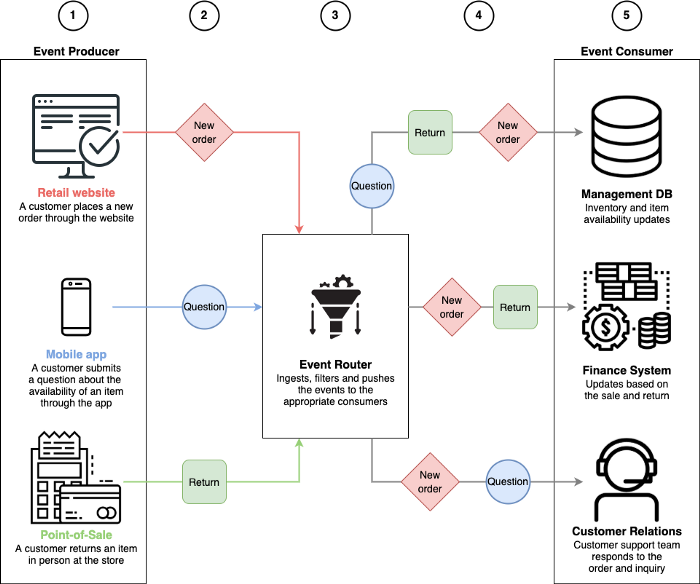 Channels – Both initial and processed events are delivered by event channels.

Event Router – The event router is responsible for identifying an initial event and selecting and executing the steps contained within the event.

Let’s take a look at the pattern analysis:

Read on to know more about event-driven architecture and its use cases.

A Search Bar is a blessing on any interface to quickly get you what you’re looking for. But,…

04 Feb: Why is UX Design important for Startups and Small Businesses

With the advancements in technology, the next differentiator will be ensuring a great experience. When it comes to…