How to detect Scrum anti-patterns? 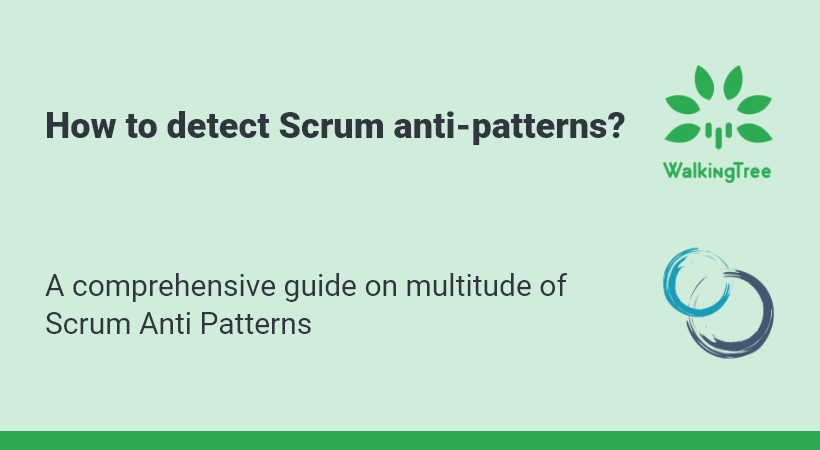 Scrum anti-patterns refer to the critical deviations from the Scrum workflow steps or development best practices and principles. Ensuring optimum Scrum excellence requires detecting and addressing these anti-patterns with a guarantee of high precision. 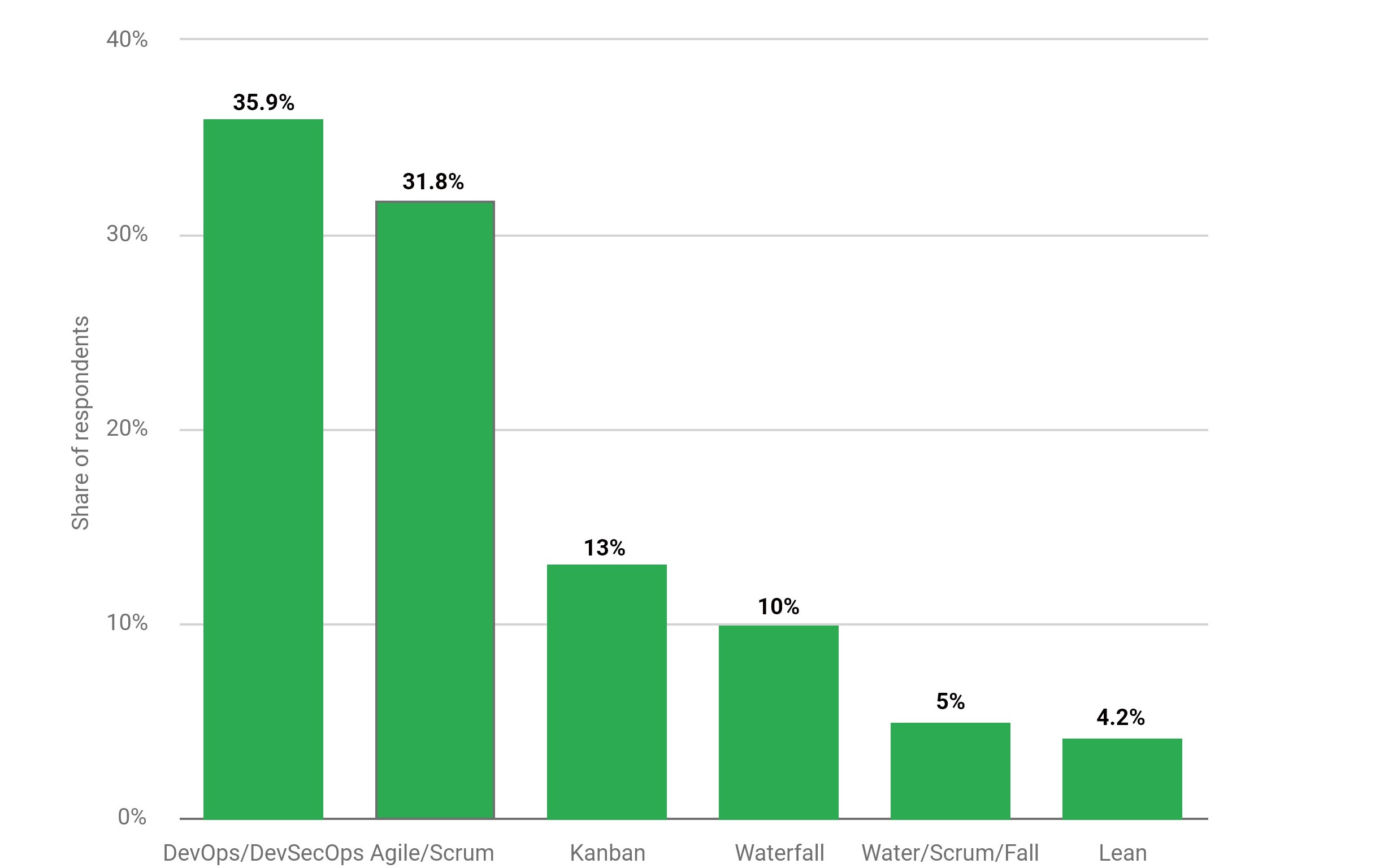 Focusing on the major anti-patterns and finding their anecdotes is what one should begin with. In this article, besides explaining some common Scrum anti-patterns that undermine the project execution, I would also like to shed some light on the Scrum anti-pattern definition, examples and detection methods.

In the Scrum development environment, anti-patterns can be detected in the following lifecycle stages or categories. 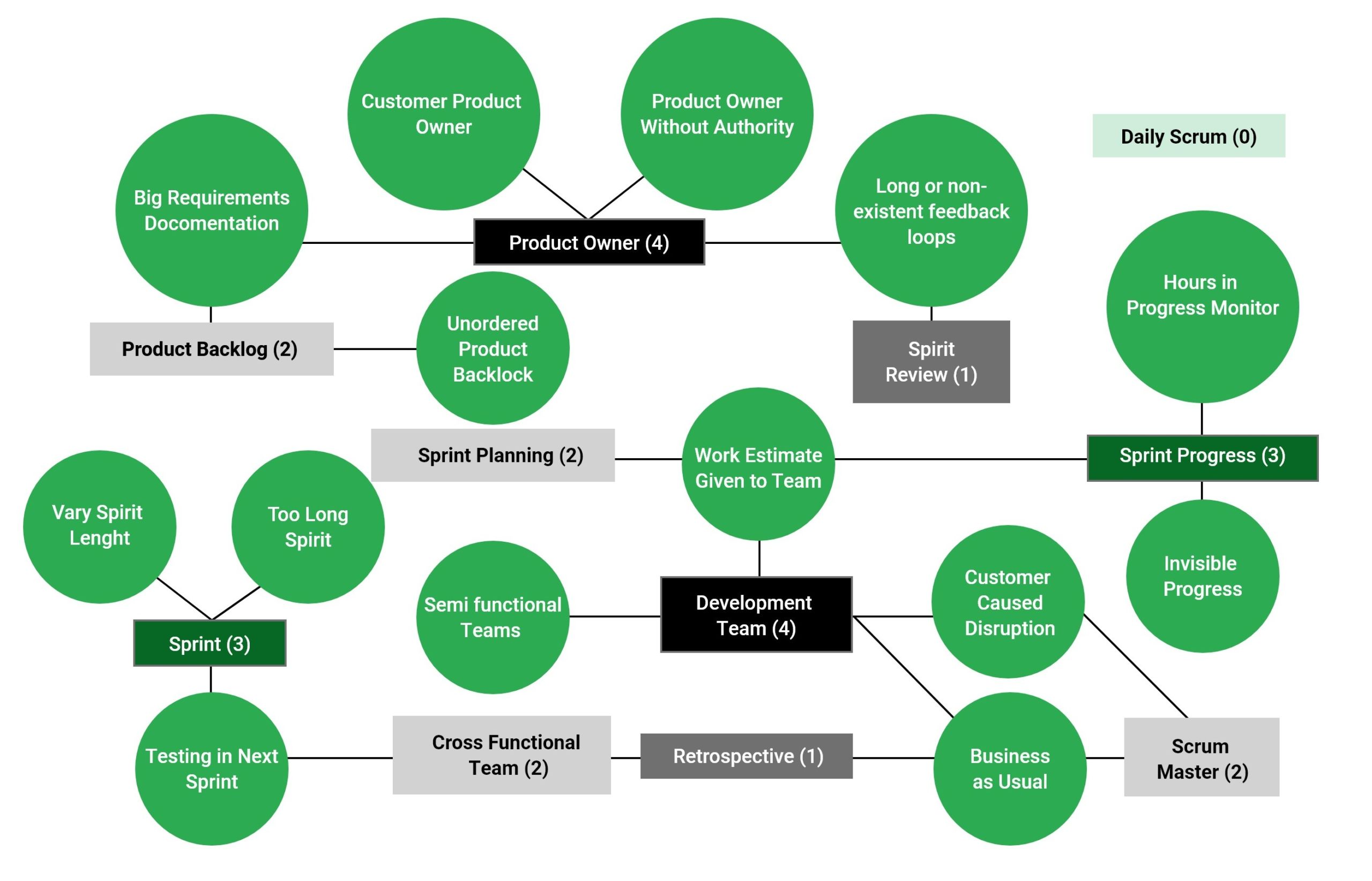 The anti-patterns for each of the above further have been categorized based upon the roles such as Product Owner, Scrum Master and the developers. Through the following write-up, I am going to explain what are the Scrum anti patterns for every facet of Scrum development and job roles. Let’s begin.

Generally, the Scrum development team at the start of every working day meets for 15-20 minutes to evaluate their progress in achieving the Sprint objective. The most encouraged time of day to hold a scrum daily meeting is the morning when all team members meet. Because of this short duration, often the Daily Scrum session is rattled by several anti-patterns.

You know Scrum meetings are part of which model. It is but of both Agile & Waterfall Scrum. To make sure that the Daily Scrum meeting adds desired value to the project, it is important to watch out for the following anti-patterns. 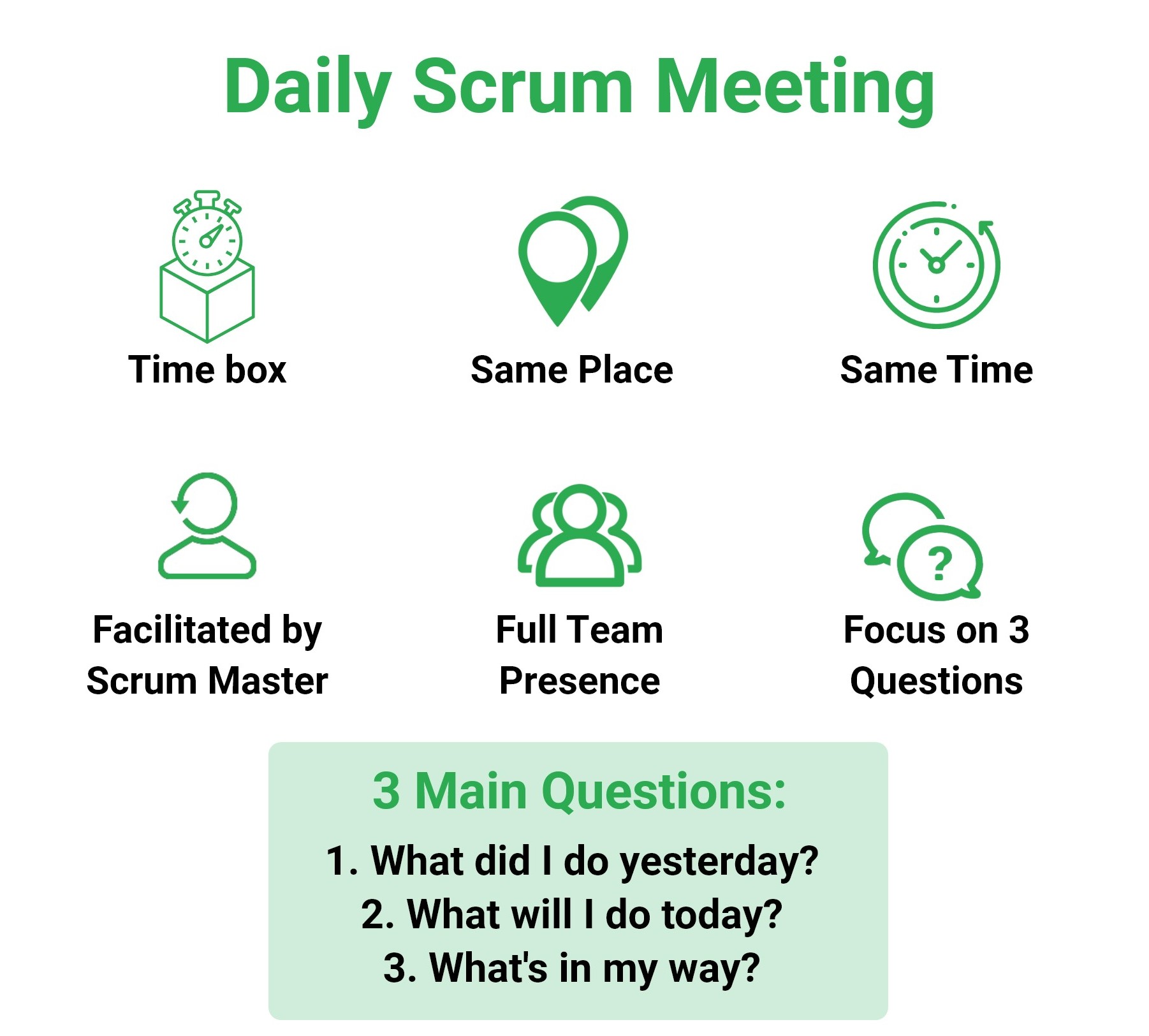 Daily Scrum Anti-Patterns for the Developers

Anti-Patterns of the Scrum Master

Anti-Patterns in Product Backlog and Refinement 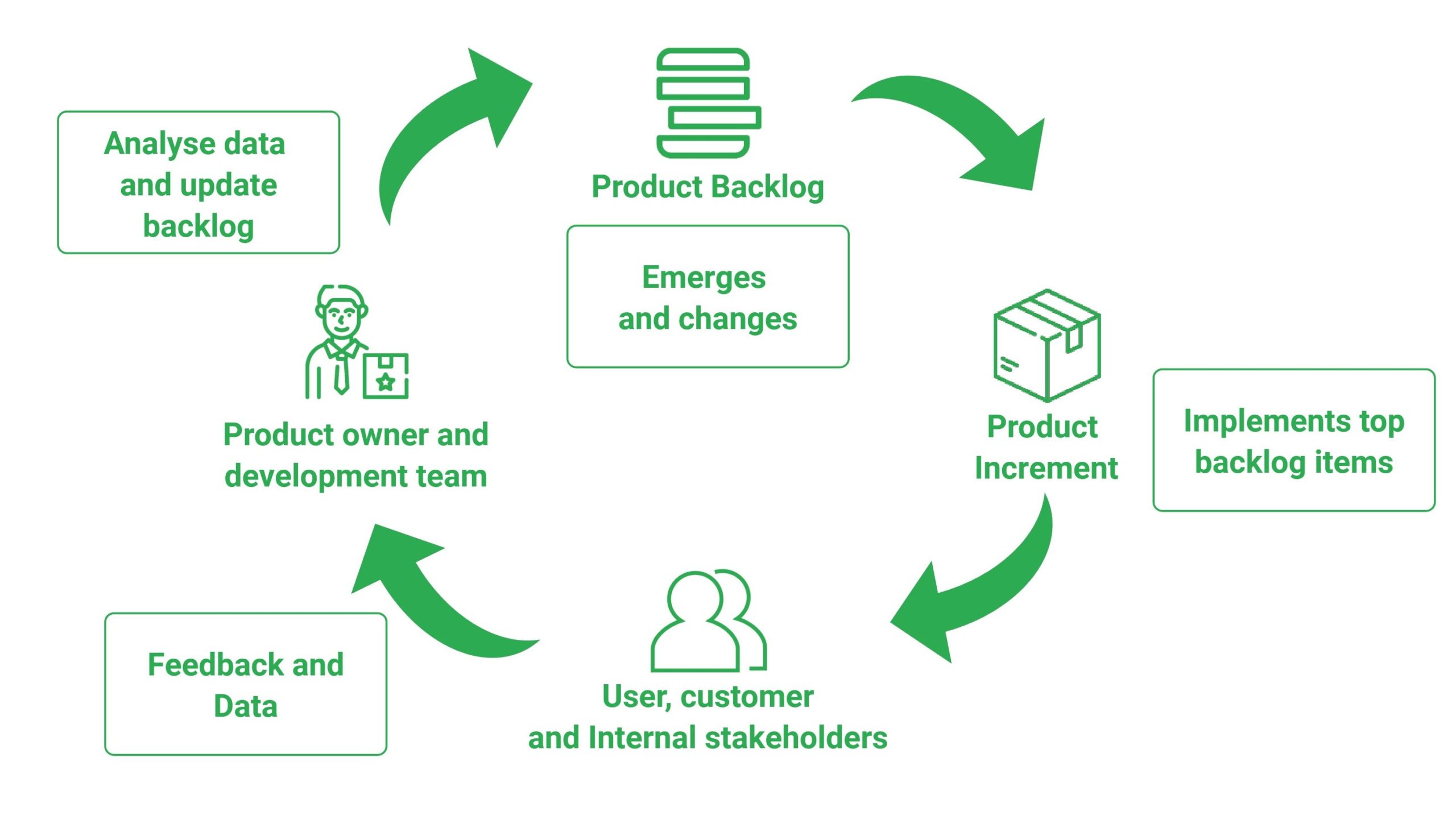 According to the Scrum principles and anti patterns definition, product backlog gives precise direction to the developers about what they are going to build in increments. Now even after the discovery phase is over and the product backlog is ready, it may still need further refinement for an improved project outcome.

Product Backlog Anti-Patterns of the Developers 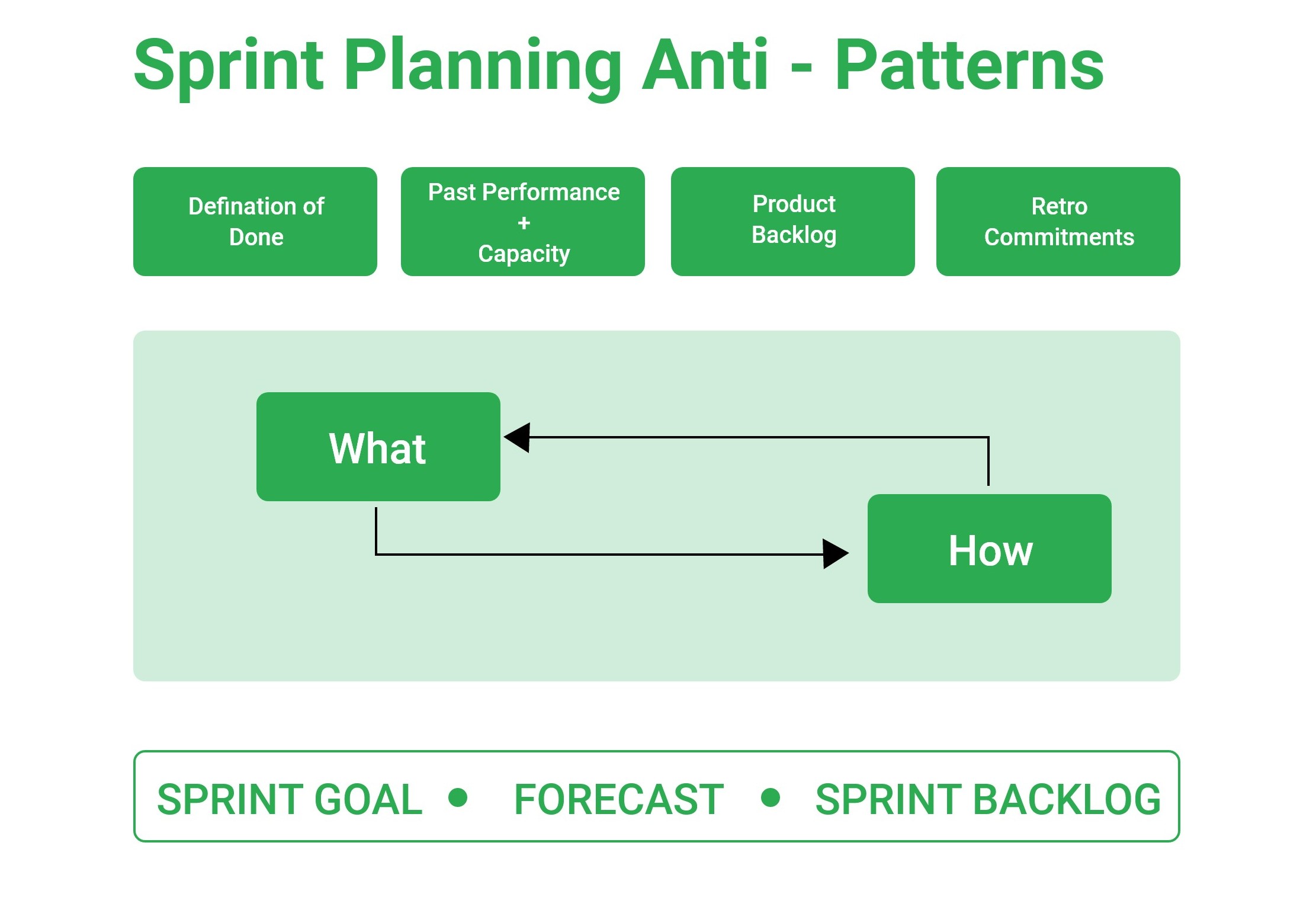 Sprints represent the throbbing and pulsating blood circulation system in the Scrum body. Sprints are carried out sequentially one after the other and achieve incremental goals itching towards the ultimate finished product. To ensure delivering predictable outcomes, every Sprint is run consistently for a month or less and allows frequent inspection to align with the project goal. The sprint planning is important to ensure optimum outcome from every successive sprint.

Each sprint running like a short project works as the vertical building block to achieve the pinnacle of success with the final product release. Sprint planning meetings are held before starting with each sprint.

Unlike other facets of the Scrum development process, anti-patterns during the Sprint can be detected across all roles including developers, product owners, Scrum Master, stakeholders and even the IT management team.

Sprint Anti-patterns of the Product Owner

Sprint Anti-patterns of the Developers

Sprint Anti-patterns of the Scrum Master 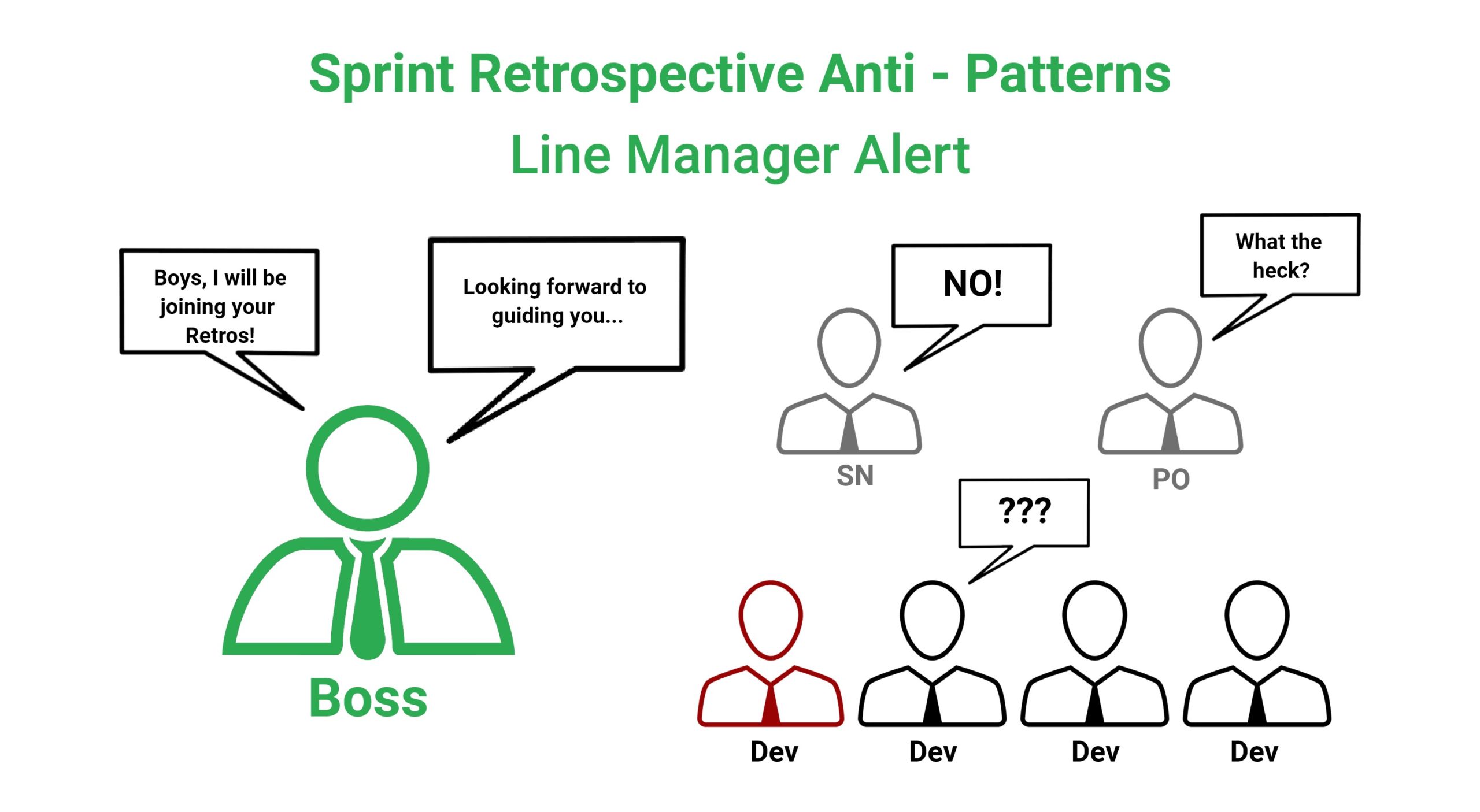 Sprint Retrospective or reviewing the Sprint to improve the quality of the output and process efficiency embodies the core approach of Scrum development practice. It is done to ensure a thorough evaluation of the way the latest Sprint was carried out with the involvement of the developers, Scrum Master, Product Owner, and IT team and how the tools, interactions and processes are handled. Introspection on the contribution of each of these attributes against the Sprint goal is what Sprint Retrospective is all about. This is also the concluding part of a Sprint and it takes from 3 hours to a month to finish. 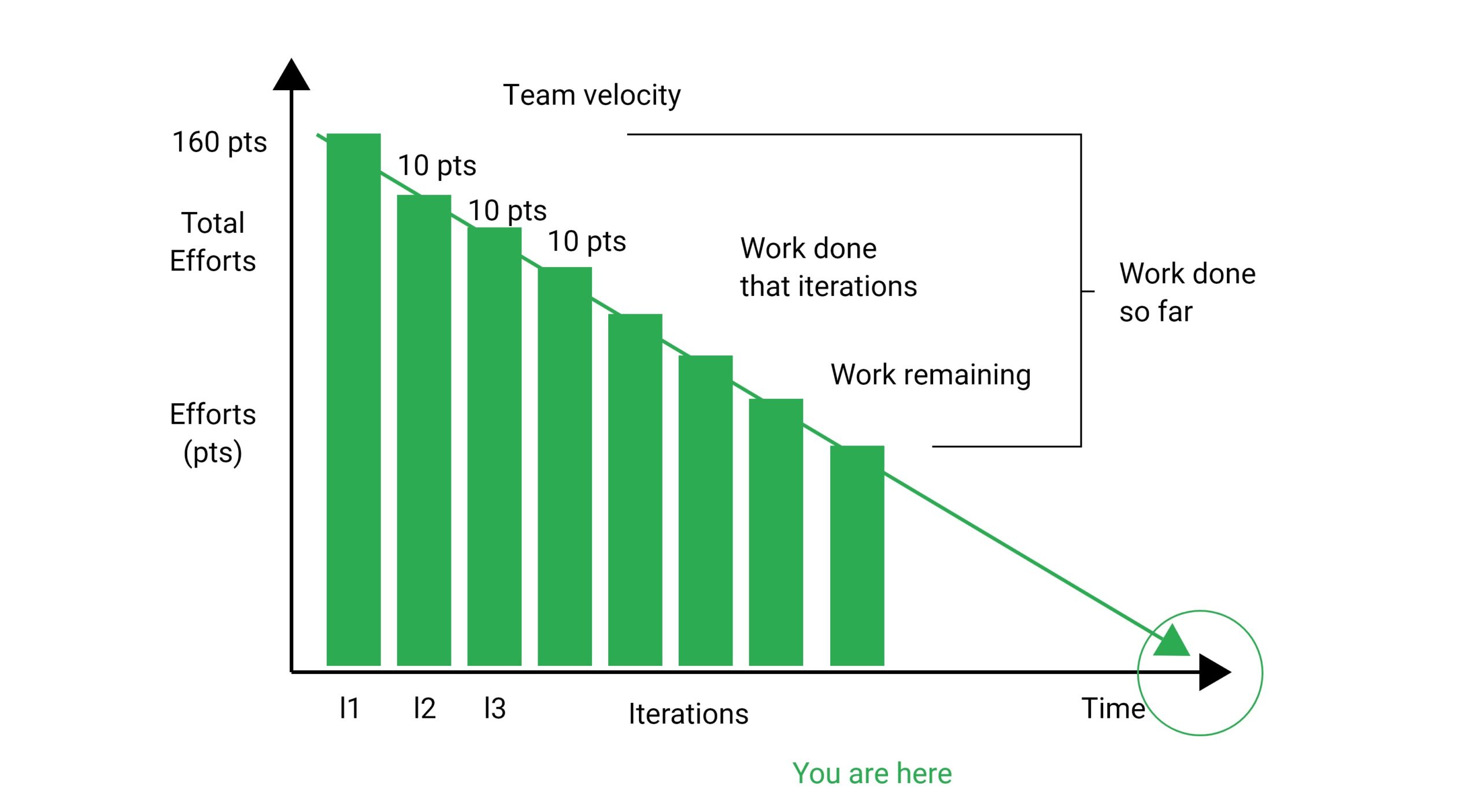 The burn-down charts for every Sprint work as a reliable mechanism to detect Scrum anti-patterns. The biggest advantage of the Burn-down chart is the visibility of the input and output of the team in a graphic manner. Burn-down charts help keep the entire Scrum team and all members aligned with the Sprint goal with visual insights.

Apart from helping the team to stay focused on the Spring goal, it clearly shows the underlying impediments to the team and the company. From showing the common anti-patterns to detecting the speed of the Sprint, burn-down charts help Scrum teams to address fault lines and come up with action plans in quick succession.

Having an in-depth understanding of the Scrum anti-patterns for different Scrum processes and roles is necessary to keep your product development cycle stay out of the common ditches. All the anti-patterns I mentioned above have been experienced by Scrum professionals in their respective job roles across a multitude of projects. This list of anti-patterns should work as the bells and whistles to stay distanced from the mistakes that earlier Scrum projects suffered from.

I have further elaborated on Scrum Anti-patterns in our on-demand webinar, addressed jointly with Pradeep Lavania, co-founder & director of WalkingTree Technologies on 16th June 2022.