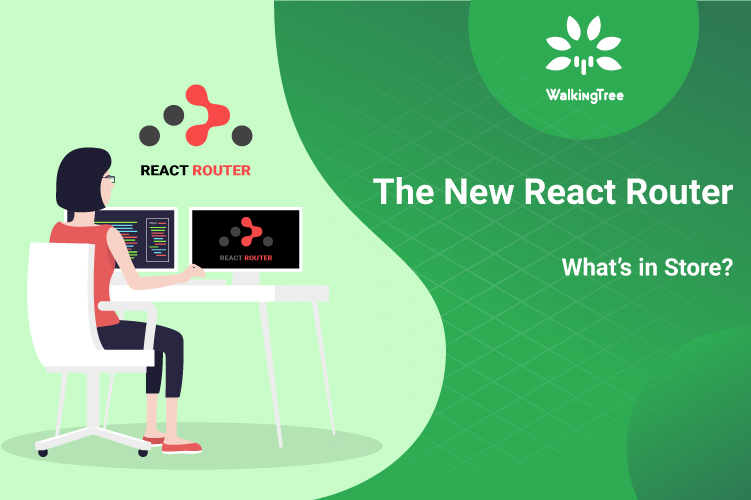 It was exciting to hear about the React Router announcement of its upcoming major version React Router version 6, which is still under development. The alpha version has been released for the developer community to start testing and checking out its new features. I am trying out the same, and sharing my learnings in this blog with you.

This is a major version which introduces many powerful new features. It also brings about better compatibility with the latest versions of React(React v16.8 or greater)

Let’s take a closer look at each of these features and understand what this means for the React Router.

We will create a test app to try out all these features.

Create your new app as below

Note: In case you have been using React for a while now and have not yet tried the new version of create-react-app, you may have to uninstall any old versions of globally installed create-react-app using the below command before running the above npx command:

If the above doesn’t work and you get an incomplete app folder created(this happened with me), try the below command which ensures the latest version of create-react-app gets used and your project gets created properly:

Install axios as an additional dependency
npm install –save axios

Now let’s explore the react router features of version 6, by using them to build our simple routing application.

Let’s now define the routes for our test application.

We will define an application for Users with 2 main routes and 2 child routes as listed:

With the new Routes tag, we have the following benefits:

So my first level routes using the new tags can be defined as below:

You would have noticed the use of element instead of component on the Route tag. By being able to provide an element to the route, it becomes easier to use the jsx element and be able to pass props to the component in the same Route statement as below where users are being sent as props to the UserDetails component:

Using the above approach, any data can be passed as props to the route element and accessed as normal props.

Also, the route params can be obtained by using the useParams hook as below:

Defining child routes or nested routes is also much more straightforward with this version.
In our example, we can now define the child routes within the Users component without having to worry about the relative path which is done in older versions by extracting the current path and matching it. Instead, it will automatically build and detect the parent’s path. So we can just define the path at the child level component as below:

Another approach of defining the above child routes is at one place at the top level App.js as shown below:

This approach can be good for simple applications to have all routes defined in one place along with the hierarchy using nested Route tags as above. Note that now we do not have the * for the parent route as we are providing the possible child routes at the same place. You will need the * if there are still some more child routes not included in the top list.

Also, note that we will need to include an Outlet in the child component which will render the child routes as shown in the Users component above.

The syntax for providing patterns for the route path is simplified to facilitate automatic route ranking. It supports only 2 kinds of placeholders: dynamic:id-style params and * wildcards, which can be used only at the end of a path. It also ignores the trailing slash on the URL.

You cannot use RegExp or wild cards in the middle of the path now. This ensures automatic route ranking and matching with the patterns avoiding any need for Switch, exact, strict, etc.

The React-router version 6 supports lazy loaded paths, where the lazy loaded components can be provided to the element property directly. The routes can be defined as lazy loaded by importing it using React.lazy as below:

They will be handled with Suspense and given directly as the element to be loaded for the path as below:

This will avoid these routes from being loaded during the initial load and they will only get loaded when the user navigates to them. This also solves an old issue where the lazy-loaded components could not be provided as the value for component on the Route path definition directly and required some workaround using render or propTypes.

If you like to define your routes as JavaScript objects instead of using React elements as we earlier did, version 6 has brought along useRoutes hook.

So you can also define your routes as below in the form of object configuration:

Things to remember when migrating to React-router version 6:

Below is a summarized list of the main changes in version 6, which need to be taken care of when migrating from an older version:

You can refer to the React official documentation on the migration guide here.

You can also refer to the sample application which we created in this blog using React-router version 6, the code can be found here.

React-router is one of the most important libraries in the React ecosystem. With the new upcoming version, it becomes even easier to use this package to achieve routing in your React application as it removes some of the unnecessary complexities. There will surely be some breaking changes if you are already using an older version but it may be a major release worth upgrading to, once it is officially out.

Till then let’s wait and be prepared!