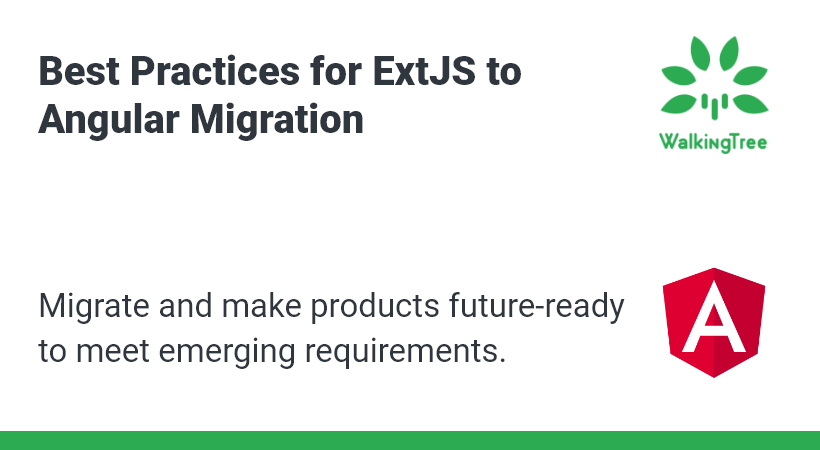 Updating to new versions of technology on time ensures business continuity and increases customer experience. The obligation to be proactive and future-ready helps in meeting increasing requirements.

As the technology landscape or process silos perpetrated by existing technologies, or because of the necessity to stay proactive and future-ready to meet emerging requirements. It is always best when a proactive approach to necessitating change takes the lead.

The same principle goes for ExtJS to Angular migration. It is essential to have a brief overview of the strengths and shortcomings of both frameworks and understand the key factors that make Angular an advanced option.

So, the key reasons for existing ExtJS-based applications to switch to Angular are easily understandable. But how the ensures complete control of all the “To Be” enhancements and value generation needs some preparatory steps. 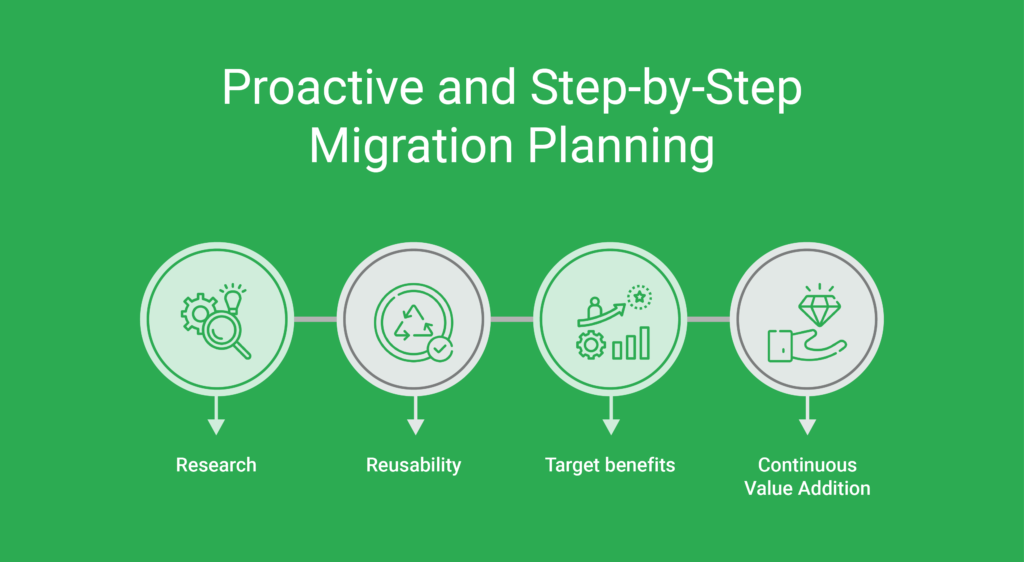 So now that the reasons for migrating from ExtJS to Angular seem pretty obvious, you need to go deeper into the migration challenges, the ideal approach, key advantages you should aim for from the migration, and a strategy to ensure continuous improvement after the migration is complete.

Let’s begin by drawing your attention to four preparatory steps to set the trajectory of an entire migration project.

Preparing test cases and identifying bugs in an existing application

The migration exercise should begin by preparing a few test cases and identifying all the bugs in existing ExtJS applications. Some of the key responsibilities of the QA team for this include the following.

To begin with, it is important to carry out thorough research of the architecture, design, and code of the ExtJS app subjected to migration. Some of the key things that need to be understood through the research include the following.

Now that you have run the tests, found the bugs, UI/UX issues, and functional bottlenecks, and done a thorough research of the code, architecture, and design of the existing ExtJS application, it is time to analyze a variety of UI components to choose from in the Angular repository.

Designing the new architecture for the Angular app

Now that you know about the code, UI, and architecture of the ExtJS application and you have a component library ready to build the Angular app on top of reusable ExtJS components, let’s find out some key areas for designing the architecture for the new Angular app.

With everything said and done with the above guidelines and principles, there can still be shortcomings and discrepancies in the project when compared to what improvements the migration project wanted to achieve. To make sure that this does not happen when migrating your ExtJS app to Angular, consider the following practices and steps.

It may seem challenging and time-consuming to migrate from one front-end framework to another, however Phani and Arun can make it simple for you by providing the best practices that have unquestionably been successful. Join this ‘Things to consider while migrating your Ext JS Applications’ webinar on Dec 1st 2022.