Converting a Flex application to HTML/JS 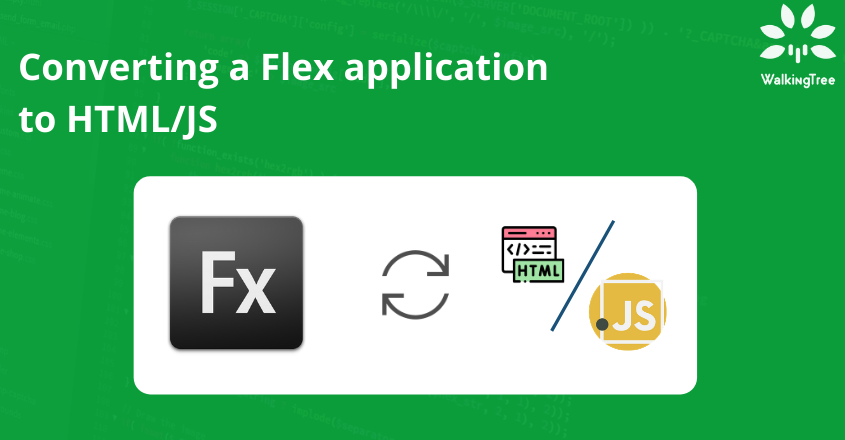 In this blog series, we started with identifying the need for handling and converting Flash applications and saw Apache Royale as one of the main options where the MXML and ActionScript code remains and some part of it can be reused, also the code gets transpiled to HTML/JS to be run on the browser.

In this last blog of this series, we will look at how this conversion from Flex to Royale can be done using an example.

In order to convert an existing flex project, we can manually copy the flex project files (MXML and as ) into the src folder of our newly created Royale Project.

For this exercise, we picked a simple flex file displaying a Data Grid.

To start with the conversion, the following are the steps which need to perform for the migration to Royale:

From the flex namespace as below:

Update to the royale namespace as below:

We will try this out for a flex application using a simple Grid as below:

The following steps were followed to build this simple flex application.

The flex code for this grid comprises of Flex_grid_project.mxml code(in the src folder) as below:

By following the approach of migration explained, we were able to convert the flex grid to Apache Royale as below.

The following steps were followed:

The application was divided into three parts as

Here we created a dynamic grid so that while firing on the event on the button it will add the data dynamically into the grid.

Below is the code:

Below is the data grid in the corresponding Royale grid project. You can view the complete project code here. 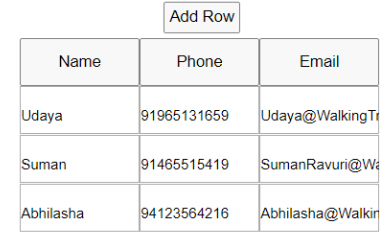 During the process of conversion, we realised that some of the functionalities were not implemented in the Apache Royale Framework code and would require further enhancement of the framework.

We concluded our exercise of the evaluation of Apache Royale as the approach for migration of flex with the following observations:

Apache Royale will be the recommended approach if you are looking to migrate the simple components with not very complex UI. For complex UI components, this will be a time taking proposition as the current code is in not very stable status and absence of completely implemented UI Components.

With time, Apache Royale will definitely mature and become more stable and ready to use.