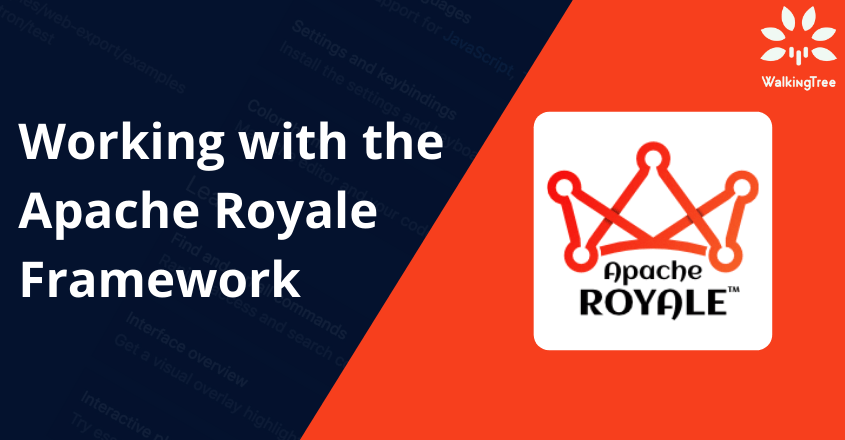 In the last blog, we looked at getting started with a simple Helloworld Apache Royale application and the prerequisites setup required for the same. The Apache Royale Framework is a framework under active development with multiple contributors to this open source. Many of the emulation components migrated from Flex have not been implemented completely and Apache Royale provides some recommendations on creating a high level emulation component you would need.

Each of the above three parts are  hosted in a separate GIT repository and should be built and released separately. They should be built in the same order as given above.

In this blog, we will look at setting up the prerequisites for making changes to the Royale framework and building the changes along with the binary distribution of the Royale SDK  which can be used in your IDE of choice.

As always, we will first look at the prerequisites before we start working on the framework code.

Apart from the prerequisites listed in the previous blog, specifically Java SDK and FLASHPLAYER_DEBUGGER, we will require the following

3.Open terminal and check version of Maven as

4.Clone the compiler, typedefs and the framework code and build using mvn or ant(already installed in last blog).

We will be getting the source code of the framework from GitHub using the following commands:

Now you are ready to make changes in the apache royale code. We will be working on

the framework code only in this blog.

For this exercise, we picked up a small issue in the framework code, reported on the git community, where the currency formatter was not available/working.

The intent of the currency formatter should be to give the data formatted with the currency symbol and comma for a thousand separator and decimal point symbol for decimal separator. For e.g.On giving 34567987, it should give $34,567.987.

On investigating the framework code for mxroyale under frameworks/projects/MXRoyale/src/main/royale/mx/formatters, we noticed an existing file named CurrencyFormatter, but if we tried to use the same component in our Application code, the tag was not recognized and the code was throwing an error.

Below is the sample mxml code where we included the currencyformatter to format the user entered currency, but it was giving an error that the tag is unexpected.

On investigating, we found the CurrencyFormatter.as file was present in the formatters folder along with other formatters but was not included in the mx-royale-manifest.xml

The below entry was added in the manifest file.

Also going through the ActionScript code, we found some issues related to the decimal Separator and fixed it. Now we needed  to compile and  test our changes by having this modified code to be considered as the sdk in the IDE(Moonshine).

This implies that we needed to compile the code for distribution so that it can be utilized as the framework for other applications.

To create the build to be used in IDE as sdk, we need to use the following options while running the maven build process:

This can be used as below

For build without complete clean:

The distribution folder gets created in the target folder(given here as /Users/WTT/apache-new).

The build can be done using Apache Ant, which we had set up earlier.  As Apache royale has dependent repositories, to build all, run the following command at the root(royale-asjs):

To rebuild, you can use :

To clean the build, of everything other than the downloaded third-party dependencies, use the following command:

The distribution packages can be found in the “out” subdirectory which can be used in the IDE as explained in the next step.

This folder can be set by adding a new SDK, and browsing to select the distribution folder as shown below:

After this we were successfully able to use the currency formatter along with Number Formatter as below:

In this blog, we saw how we can make changes in the framework code, build as distribution and use it for our application code as the sdk.

In the next and last blog of this series, we will look at how we can migrate an existing flex application to Apache Royale and the challenges for the same. 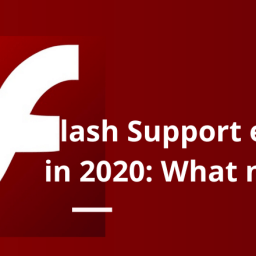 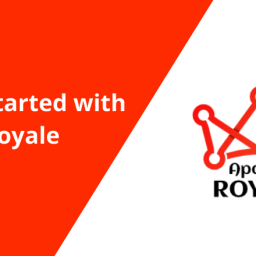 I do not even know how I stopped up right here, but I assumed this put up was once great.
I don’t recognize who you are but definitely you’re going to a famous blogger should you
are not already. Cheers!

Just want to say your article is as surprising. The clarity in your post is just cool and i can assume you are an expert on this subject.
Fine with your permission let me to grab your RSS feed to keep up
to date with forthcoming post. Thanks a million and please continue the enjoyable work.