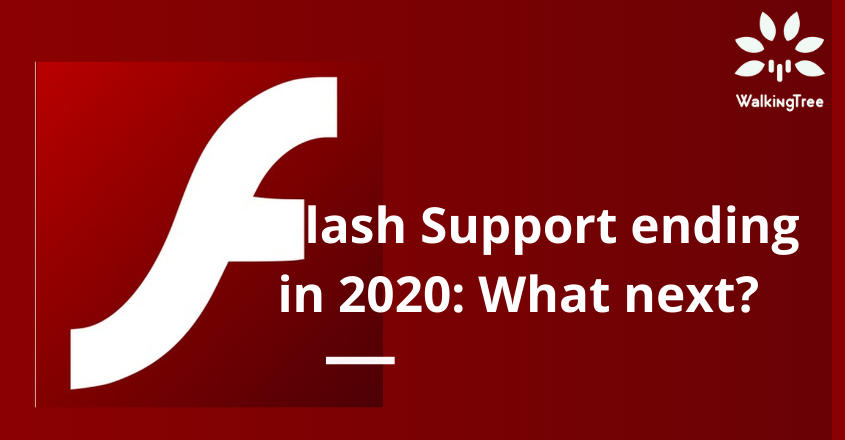 Adobe has announced that it will be ending Flash support completely by the end of 2020 and so are all the important browsers, including Chrome, Safari, etc, which have long been blocking flash anyways. On Google’s Chrome, Flash’s usage has already fallen drastically. In 2014, Flash was used each day by 80 percent of desktop users. That number is now at 17 percent and continues to decline. Google has also announced that, it would remove Flash completely from the Chrome web browser by the end of 2020

Remember how, in some sites, the plugins will not load and then you have to explicitly ask the browser to run flash player for the application to start loading. By the end of 2020, that will also not work and the days of Flash will be over forever.

There are still a few number of websites and web apps which are using flash and are looking for options to move to a browser agreeable solution using HTML and JavaScript.

We, at Walking Tree, took up an exercise to check out the various options available to solve this problem of replacing Flash components. This blog series is a summary of our findings in this aspect.

In the first blog, we will look at the existing Flex project structure and the options available for the transition of Flash to HTML/JS on the browser.

Apache Flex, formerly Adobe Flex, is a SDK used for the development and deployment of cross-platform RIA based on the Adobe Flash platform.  A Flex based application is delivered in the form of a SWF file. The code comprises MXML and actionScript files.

An Apache Flex application mainly comprises of the following components:

In this approach, we take each flex web application and recompile the application using Adobe AIR which converts it to a desktop application which continues to work as before. This will no longer need browser support and can exist as a desktop only application. This may be used for internal applications but this solution will not be useful to applications which need to be accessed on the web only.

Though a relatively easier approach where the entire code can be reused, this approach will not be feasible for most of the cases, due to the need for applications to continue to exist as web applications.

Migrating the Flex web application to apache royale is the most natural progression, considering Apache Royale is the natural successor to Flex, provided by Adobe. It started as Adobe Flex and was renamed to Apache Flex in 2011 when Adobe donated Flex to Apache. In 2014, FlexJS alpha was released to make Flex compatible with JS Frameworks. Finally 2017, FlexJS was renamed to Apache Royale and became the framework for quick migration with many components added in 2019. 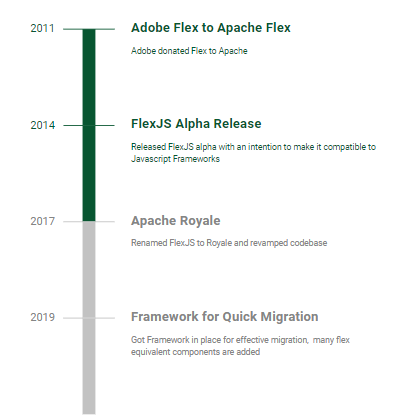 When converting a Flex application to Apache Royale, some part of the code can be used as it is and some additional components need to be built or fixed in Royale.

None of the existing modern JavaScript frameworks support ActionScript, so we could not opt for the second approach as we were not looking for a complete revamp. Considering that we need to be able to retain our applications as web applications and also continue using MXML and ActionScript, the third approach using Apache Royale seemed to be the most suitable one.

We decided to go ahead with the Apache Royale approach on our journey of migrating Flex applications using Flash components to browser friendly HTML/CSS/JS.

In the future blogs of this series, we will look at how we can do this and also share our findings in this regard. 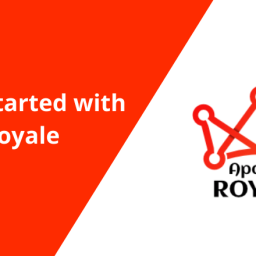 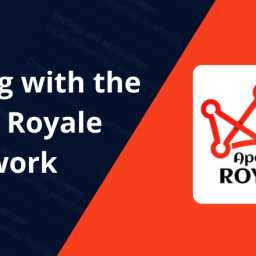 In the last blog, we looked at getting started with a simple Helloworld Apache Royale application and the…