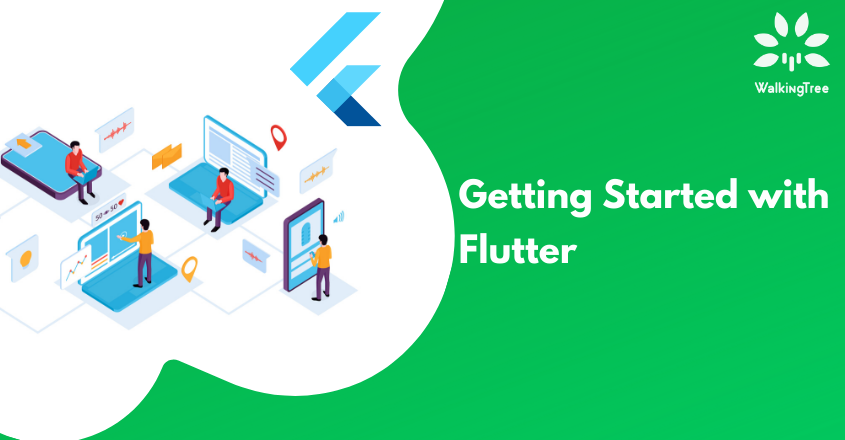 Getting started with Flutter can get incredibly easy and successful. Given the increasing demand and everything that is uncharted about it, we have plenty of room to explore and enrich ourselves with this technology. Keeping in mind the endeavour that developers take up everyday to provide simple and impeccable technical aspects, WalkingTree has decided to curate a series of blog posts and webinars on Flutter. The right kind of information can bring about upgradation and help in venturing out confidently in what might seem challenging and unknown. Therefore, flutter is made familiar, wholesome and natural here. Flutter: Your Next Mobile Framework was our first initiative in this direction.

Flutter is Google’s free and open source framework for creating cross platform applications for mobile, web and desktop, from a single codebase. Though Flutter’s support for  mobile applications (iOS and ARM Android) is 100% and thousands of apps have already shipped, web and desktop support has some caveats and work is under progress to make it fully functional. But once Google officially announces it, it would be really interesting to write one codebase with  Flutter SDK and see it run on different form factors. This would surely speed up development and reduce the cost and complexity of application production across platforms.

Dart is an object-oriented programming language developed by Google. It “is a client-optimized language for fast apps on any platform.”

Flutter applications are written in Dart. The primary reasons for its usage can be listed as follows:

Flutter gives us plenty of reasons to choose it but what stands out the most is, it being highly productive, as apps can be developed for multiple platforms from a single codebase. Apart from this,

Google Ads, Reflectly, Realtor.com, Tencent, Alibaba, Capital One, Groupon, ebay are some of  the mobile applications built in Flutter.

In Flutter, a widget is a building block used to make the application’s user interface. Flutter ships with a huge collection of visual, layout, interactive and platform widgets, which can be consciously used to create beautiful UIs. It offers two differently styled widget libraries (in addition to the basic widget library) – Material widgets and Cupertino (iOS-style) widgets. You can mix widgets from both libraries, customize existing widgets, or can build your own custom widgets.

Widgets are the foundation of Flutter apps and nearly everything in Flutter is a widget. Images, icons, text, etc. are all widgets and you can see them. Even the invisible things that are used to structure, position and align the visible widgets, are also widgets. You don’t see them but they are widgets, e.g. rows, columns, grids, etc. These simple widgets are used together (composed) to create a widget tree, and this widget tree, finally represents a user interface. This can be  illustrated by the given diagram: 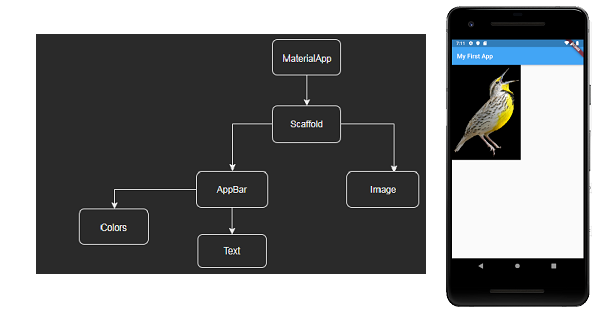 In the above tree, right from top to bottom, everything is a widget taken from Flutter’s Material widget library. The corresponding code for this tree goes as below.

Setting up the development environment

2.  You can do the installation and set up your development environment by following this link on Google’s official website.

In the next blog of this series, we’ll explore the starter application and modify it to create a brand new application. 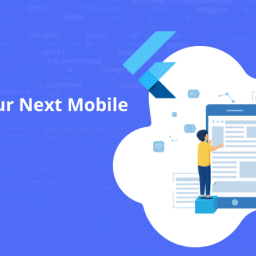 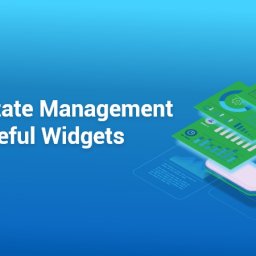 In this blog series, we started with an introduction to Dart and Flutter. We discussed the reasons for…