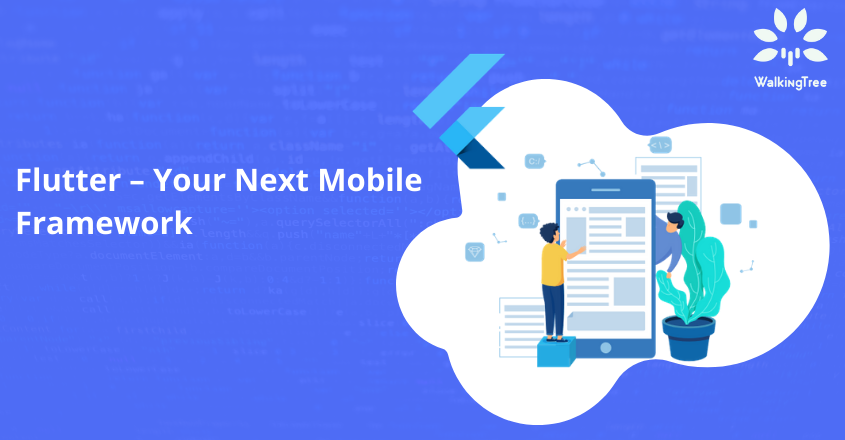 Digital disruption has taken our world by storm and there is still a lot more to explore out there. The fabrics of technology are woven into all our lives and whether it is our Mobile Phones or IoT that we use for work, we are completely reliant on technology. Now with that thought in mind…what role does mobile application play? What are the best mobile app development platforms? What can give you an edge over the application development? What is the right platform to accomplish your end goal?

There are several platforms available to develop an application, and Flutter is one of the favourite platforms of many developers across the globe. At WalkingTree, we have a specialized team of developers working on Flutter to meet the client’s ever-increasing demands. Let’s delve a little deeper into it and see if this can become your next mobile framework.

React.js: In 2015, Facebook used React.js and reinvented it for the mobile app developers community. Now they gifted our community with the React Native, a JavaScript codebase reliant on the native SDKs.

Now it was Google’s turn to take a stab at it…and they gave us Flutter Mobile Framework.

Since 2018, Flutter is in Beta and the Google Team and Community together are constantly adding new features, fixing bugs, and turning it into a great resource for the mobile developer’s community. Flutter mobile framework is a modern way of developing apps for iOS, Android and others. Dart language is used on Flutter to build Native apps. This is an easy language to learn and a developer gets a lot of versatility when working with this language.

You can use the same codebase to create applications for iOS and Android!

In simple words, the Flutter mobile development framework is different because it adopts an approach similar to that of mobile game engines and breaks it down into the following three pieces in the cross-platform efforts.

Flutter mobile development framework provides many benefits to businesses. Unlike React which is a bridge to the native UI elements, the UX/UI can be shared 100% between the platforms.  Match, Algorithms, Business Logica also has 100% share benefits, unlike many other options.

Digitalization has helped to speed up things in every aspect of our lives. From the speed of computing to the ease of online purchase…we have gotten used to getting things on our fingertips. In these times, the businesses also need to introduce faster, cost-efficient, and user-centric applications based on end-user preferences. This is where Flutter is a class apart mobile development platform. It speeds up the overall application development speed, reduces the overall cost required in the development, and the framework enables your team to design smooth animations and a great UI experience. Here are some of the reasons why we believe that it is a preferred platform for many developers across the globe.

There’s a massive difference in driving just a car…and then driving a fast car. Which one would you prefer? Well, in the app development community Flutter enables a more dynamic and fast app development. Guess what the developers love…make changes to the code and see them right away in the app! The feature is called ‘Hot Reload’ which takes only milliseconds and the developers can fix bugs, add features, and also experiment at a faster pace.

Android and iOS apps are in vogue and in a Flutter Mobile Development Framework, you have one app for these two platforms. So developers just need to write one codebase for these two apps. Flutter has its own design and widgets and it does not depend on the platform. So you have the same app on two platforms and you can even differentiate them if you want to.

If you have one app for two platforms, it means less testing. This will speed up the QA (Quality Assurance) process. As it is one codebase, the developers will be able to write automatic tests only once. This simplifies and reduces the work of quality assurance specialists as there is only one app that the will have to check. However, only in cases where there are differences in your app then these will need to be tested on both the platforms.

It’s easy to create your own widgets or customize the already existing ones. You can browse the widget catalog and choose from the options available, Cupertino and material design widget is the most commonly used.

The new app designed with Flutter will look the same even with the old version of iOS or Android systems. You don’t need to worry about the additional costs when it comes to supporting older devices. Flutter runs on iOS 8 or the newer versions, as well as the Android Jelly Bean and newer versions.

Apart from the above-mentioned reasons the application is also perfect especially if you have less time on hand with the application development. It is perfect for MVP (Minimum Viable Product) that you can show to your investors.

If you are looking for a shared codebase between platforms and great UI experience with animations then give it a spin. It is a fresh and modern way of carrying out mobile app development. Every business needs to have a futuristic view when it comes to harnessing the power of technology and especially with the mobile. Developers enjoy working on flutter and with so many benefits the businesses definitely gain a lot in the bargain. If you are still not using Flutter for your mobile application development, why not give it a shot? At WalkingTree, we have a dynamic team of developers working on some cool app development projects and would love to help you with your application development journey. 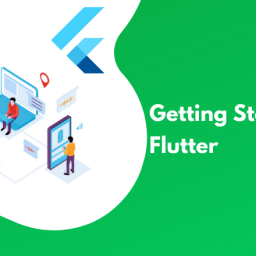 Thank you for this information, I appreciate your effort, please keep us update.

First I want to thank you for posting such amazing article which is really very helpful and I read the complete blog I found something new here so thank you again and keep posting and update with new things.

Thank you for this information.