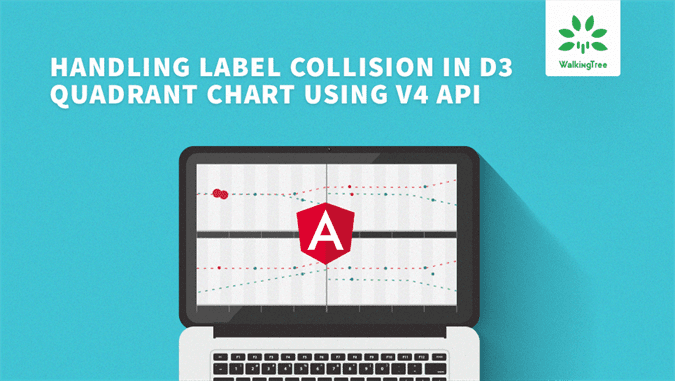 While working with quadrant chart using D3 V4 in one of the angular application, I faced a challenge where the nodes label of the chart were colliding/overlapping when nodes were closer. Basically I was constructing a quadrant chart where I was trying to show the activities on X and Y axis (say from 0 to 6). I constructed this quadrant chart with the D3 library of version V4 and the Chart looked like below 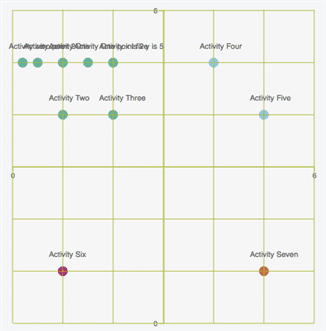 In the above chart, all the activities in 1st Quadrant are very close and their labels are little bigger so some of them overlapped, which was not readable. In this article, I’ll explain to you how did I construct the Quadrant Chart with the D3 V4 library in Angular 2 application and fixed the label overlapping issue with forceSimulation API of D3 V4.

Let us follow the below steps to create a new Angular2 application and create quadrant chart using D3 V4.

Above command created a project with below folder structure:

We will make changes to the app component in which we will build quadrant chart using D3.

Or import everything into a namespace (here, d3):

For the sake of simplicity, I have chosen to import everything into a namespace d3.

Build Quadrant Chart, In the app component of the newly generated project.

With this we are done with creating Quadrant Chart. Let us see the output of the code written so far by running

ng serve in the terminal from the project directory, which will serve the application on the lightweight server. Url will be provided in the console.
In my case it was http://localhost:4200. This will be same unless 4200 port is occupied or you change the port of ng serve command. 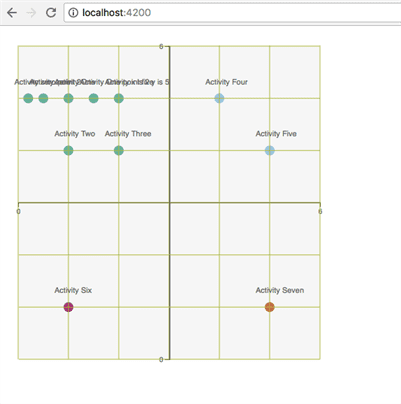 As we discussed d3-force module has got forceSimulation API, which simulates the forces to change the position of the nodes.

There are multiple forces available to simulate in this module.

forceSimulation simulates the nodes in the label_array but not the actual elements, the tick is the event which will be fired on each simulation timer. In this event handler set the x and y position values in a simulated node to the actual label elements.

Strength, distanceMax and distanceMin are variables we have to choose the best ones which fits our solution. 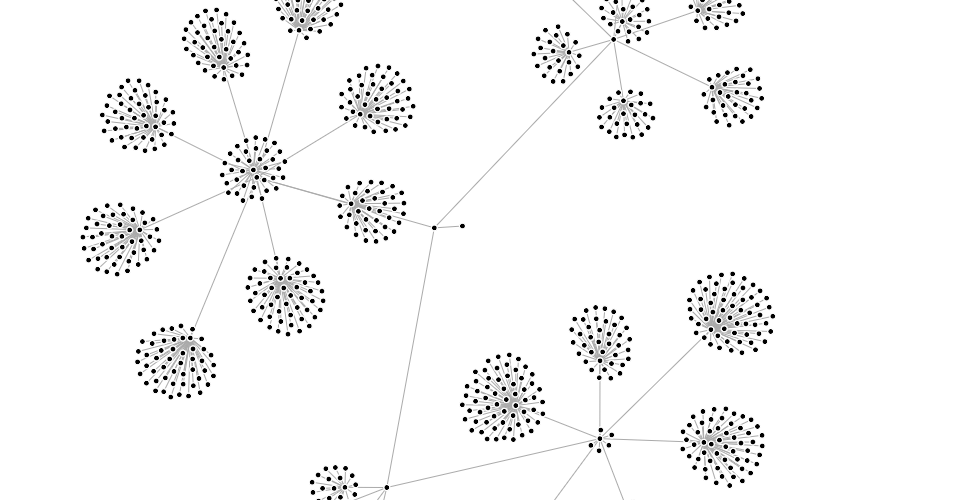 With the above changes, Labels are not overlapping but the labels are scattered. It is hard to figure out which label belongs to which node. Let us try to draw lines linking the circle(node) and the label.
To do this we have to Create anchor_array while creating the label_array and append anchors similar to the labels.

We have to arrange the links according to the labels arranged after simulation, For that, we have to listen for end event on simulation and then arrange the position of the anchor/link elements created in the previous step. 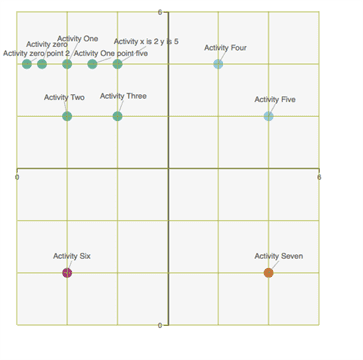 In this article, we have learnt how to build D3 Quadrant Chart in Angular2 application. Further, we learned about how to avoid labels overlap in the chart using d3-force. We also discussed how to import the D3 library into the Angular2 application.
You can find the sample application code we have done here in GitRepository.

Introduction D3.js is a JavaScript library for manipulating documents based on data. D3 helps you bring data to…

This article gives you a quick overview of the layouts available in D3 and then it deep dives into the detailed explanation of D3 Layouts in ExtJS with TreeMap as a sample example.

I believe this is one of the most vital information for me. And i am glad studying your article. However wanna observation on few basic things, The site taste is perfect, the articles is actually nice : D. Just right task, cheers

Hi there just wanted to give you a brief heads up and let you know a few of the pictures aren’t loading properly. I’m not sure why but I think its a linking issue. I’ve tried it in two different browsers and both show the same outcome.

Hi there, just became alert to your blog through Google, and found that it’s really informative. I am going to watch out for brussels. I will be grateful if you continue this in future. Lots of people will be benefited from your writing. Cheers!

It’s an remarkable piece of writing for all the online viewers; they will obtain benefit from it I am sure.

I like the valuable information you supply to your articles. I will bookmark your blog and take a look at once more right here regularly. I am quite sure I will be told plenty of new stuff right here! Best of luck for the following!

Thanks to my father who shared with me on the topic of this webpage, this blog is truly remarkable.