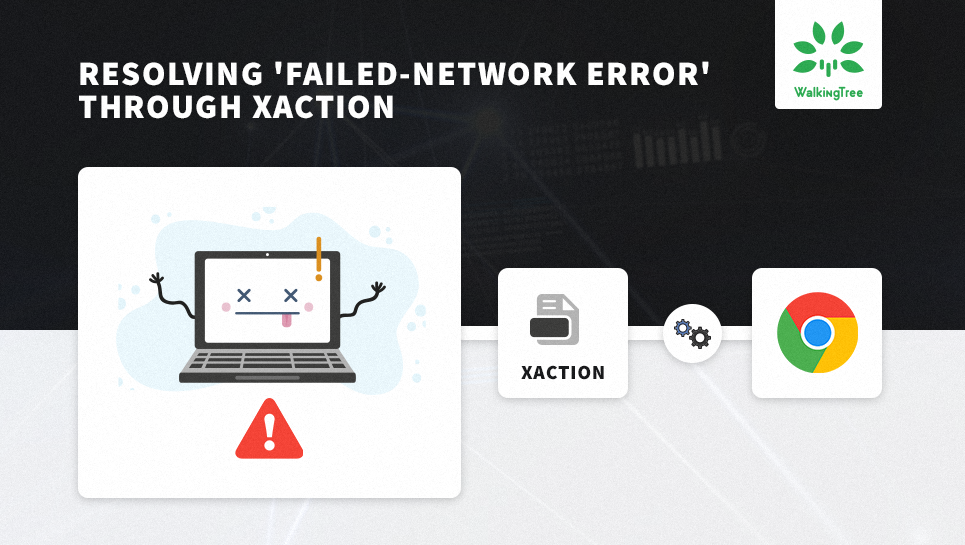 Pentaho Report Designer (PRD) reports supports the Excel download in all kinds of browsers without any limitation on specific browser versions by default, but we came across a strange case in which a report designed using PRD and run through Xaction did not generate the Excel output.

When we try to generate excel output in Google Chrome, we end up getting a ‘Failed – Network Error’. 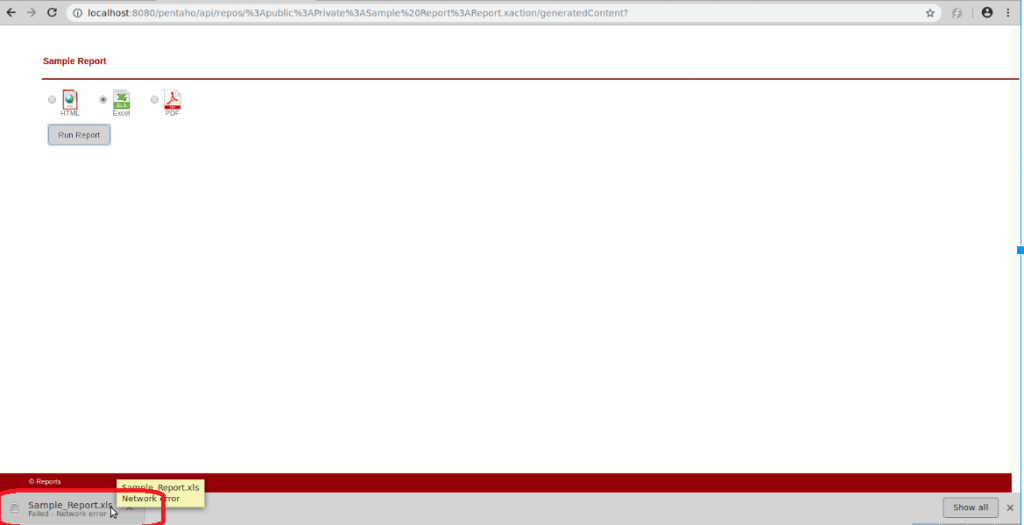 This problem exists only in Chrome. The excel output can be generated in other browsers (Mozilla Firefox, Internet Explorer, Microsoft Edge, etc) without any failure. 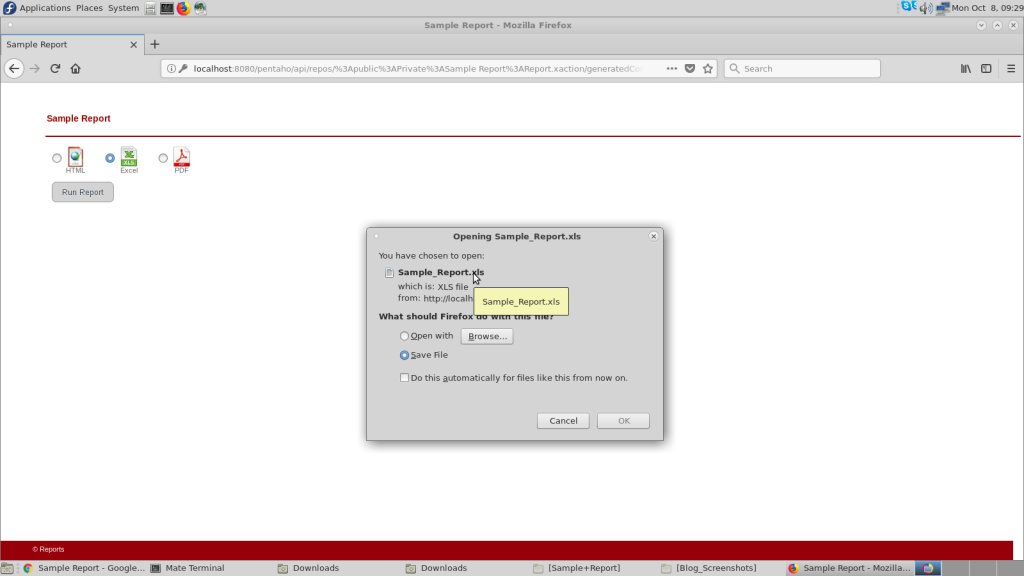 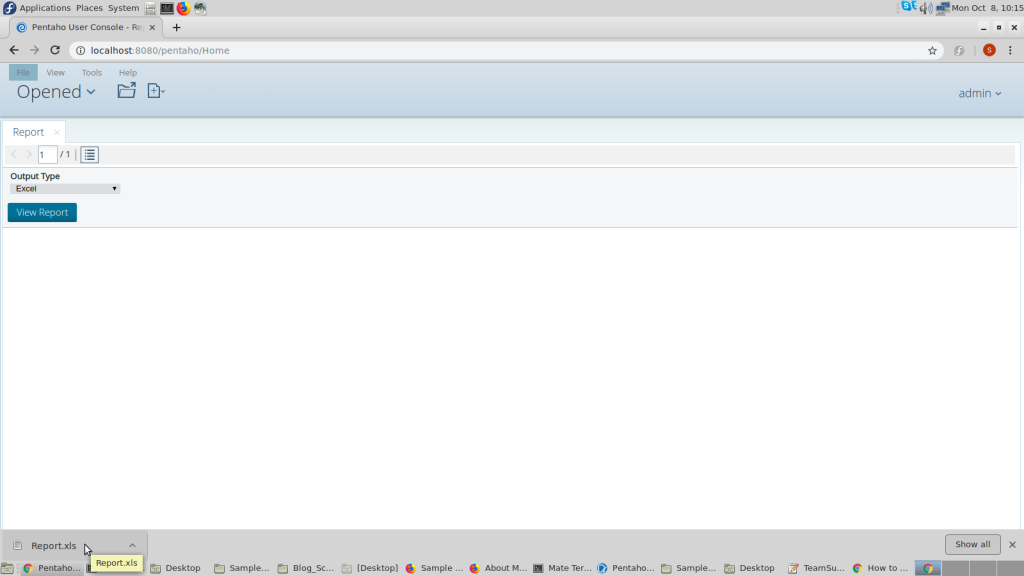 Following are the versions of the Pentaho Business Intelligence tools which were used :

This problem has to do with the default outputType parameter configured implicitly in the Pentaho Report Designer which has now been deprecated in favour of ‘output-target’, which has to be configured and passed explicitly as a parameter in the report. Google Chrome, with its strict security features, blocks downloads of files which are executed through Xaction with the use of the deprecated parameter.

Then what about Enterprise Edition and Report Viewer?

This problem is not observed in the Enterprise Edition as the default outputType parameter is not deprecated there, or even in the Community Edition when the report is viewed through Report Viewer, because the report viewer by default uses the ‘output-target’ parameter.

Steps to Fix the Problem 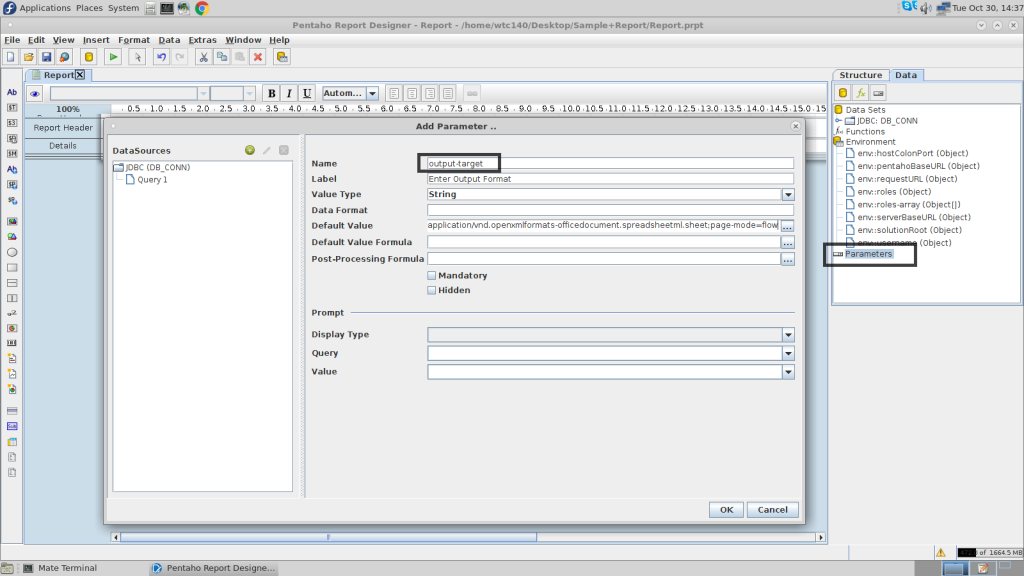 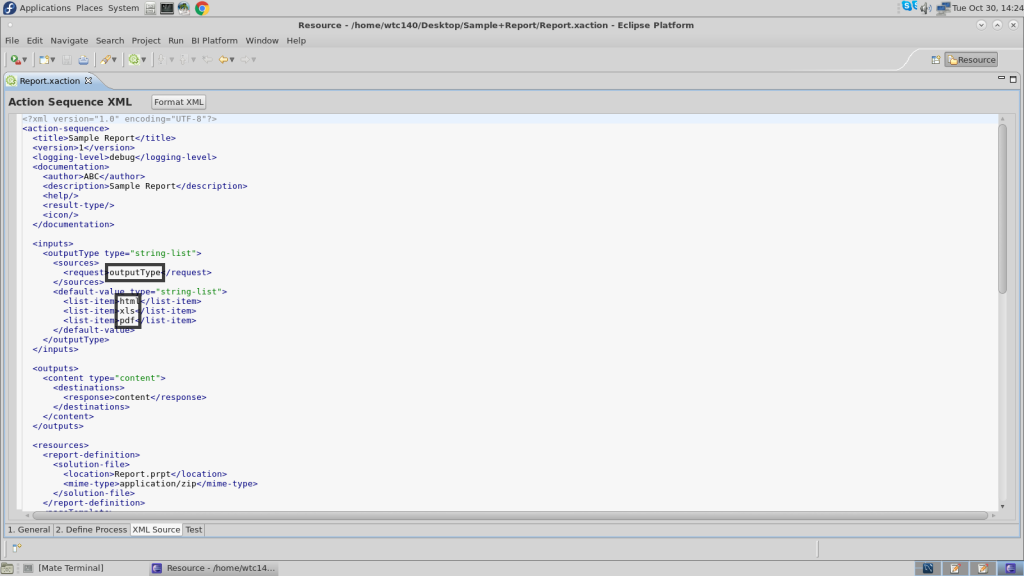 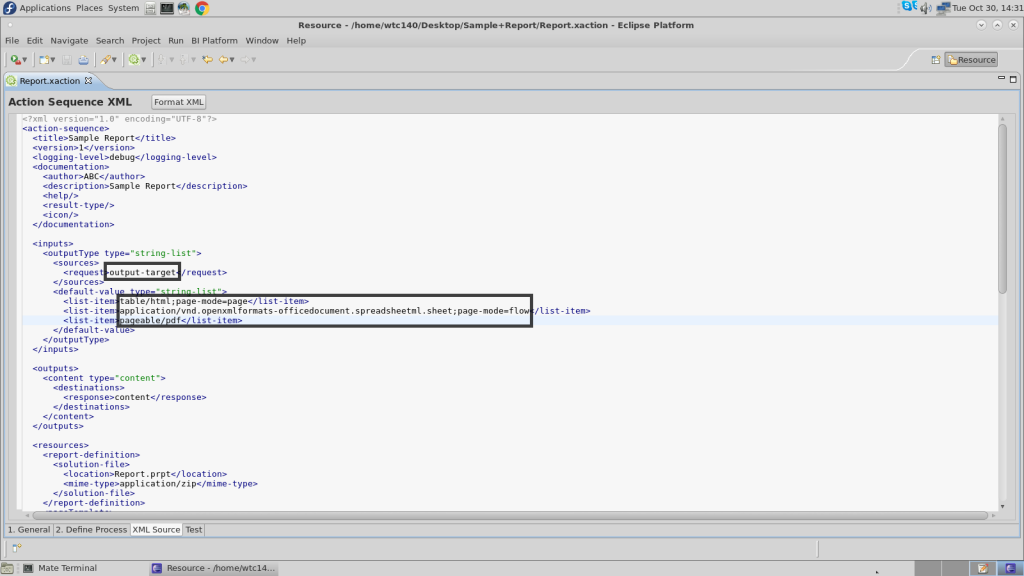 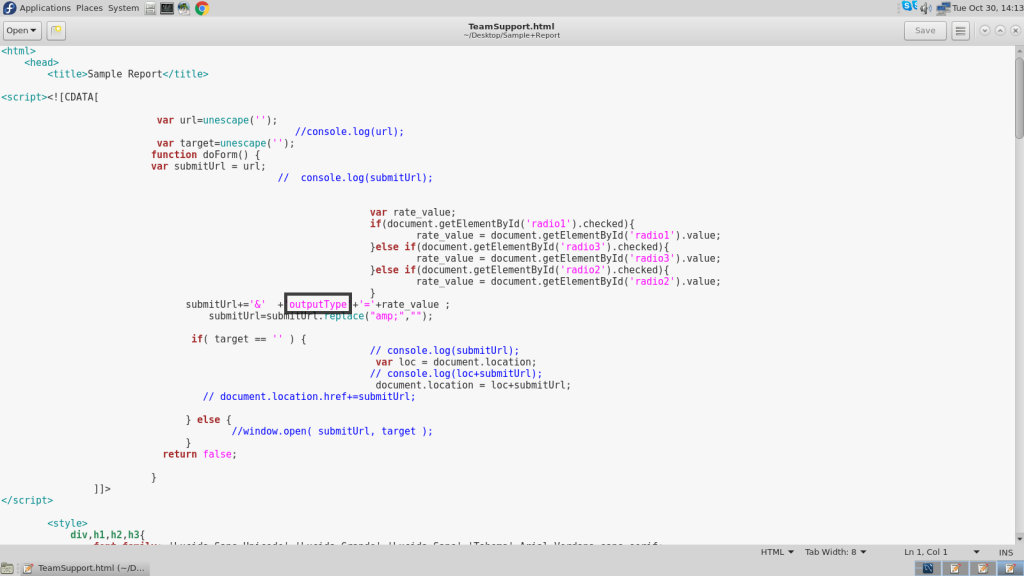 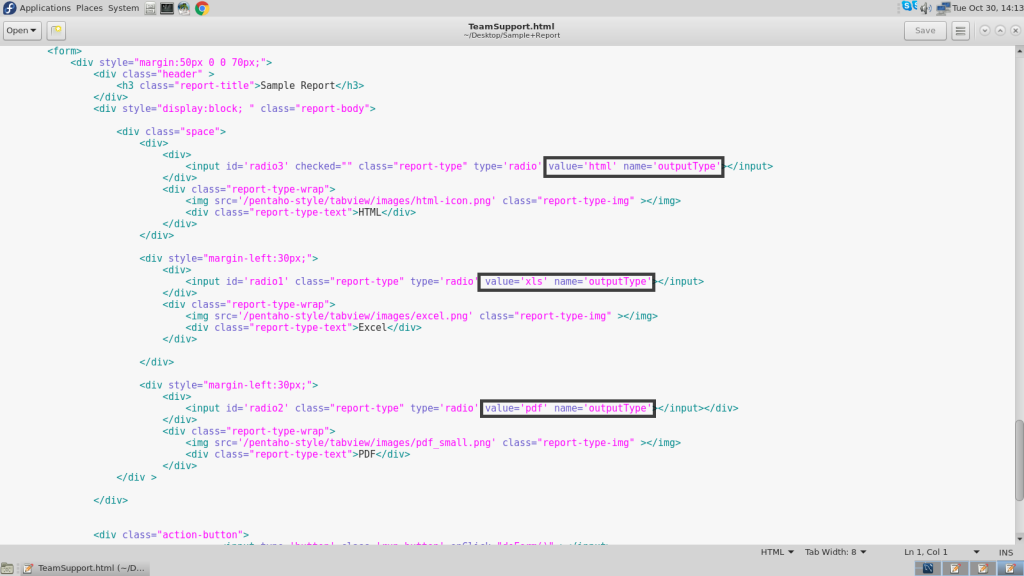 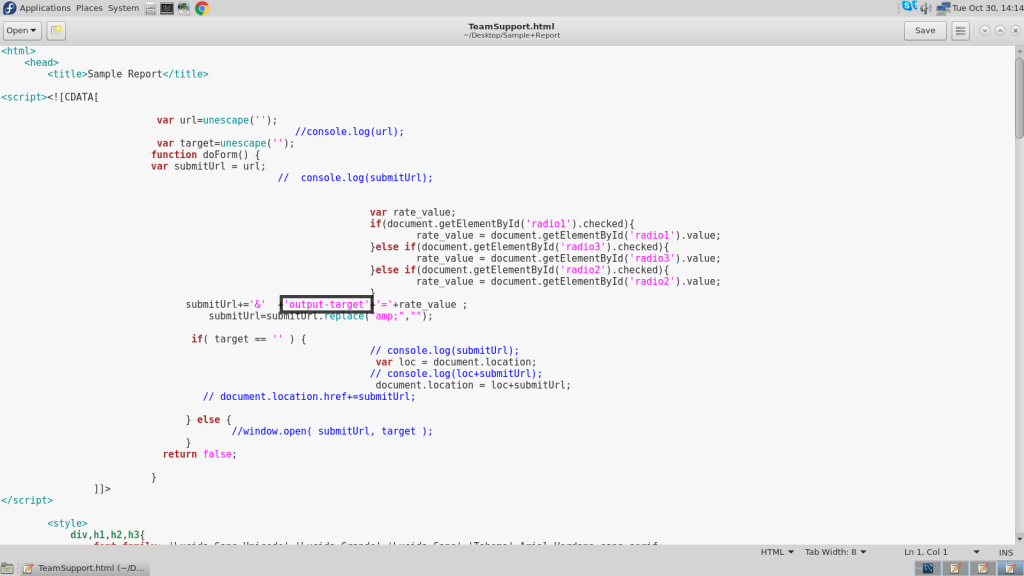 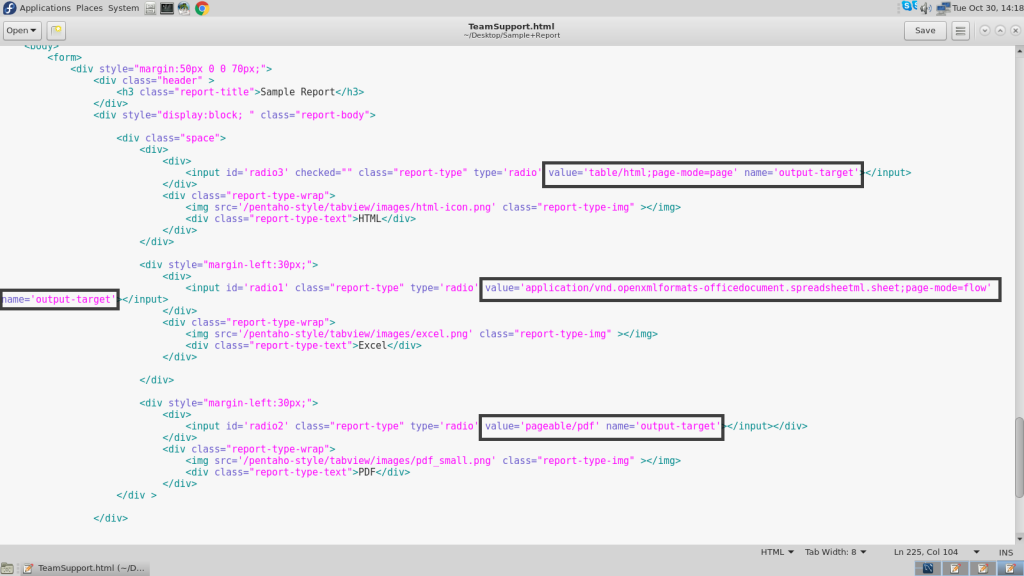 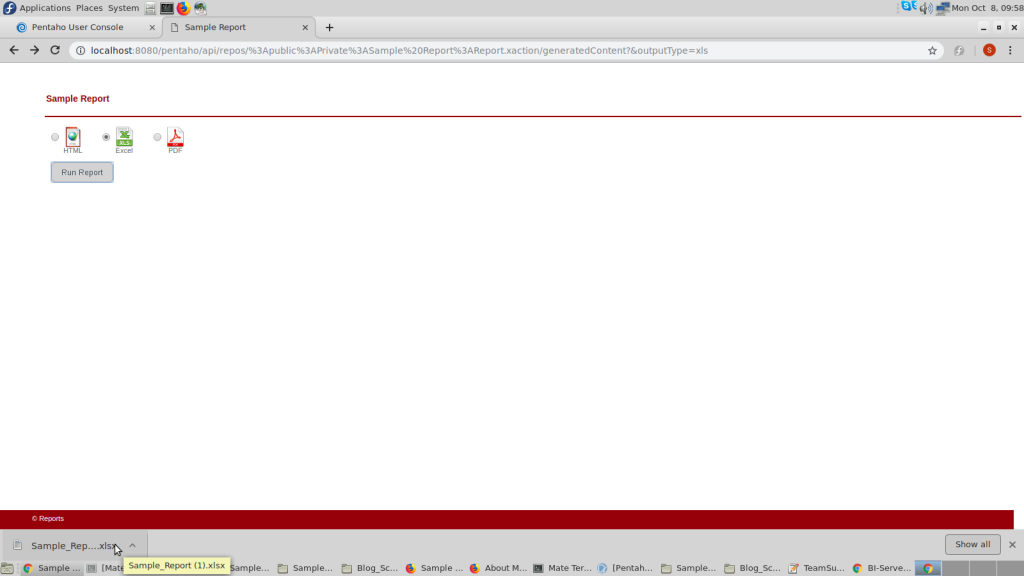 The article helps you to understand the reasons behind, and the way to resolve the ‘Failed – Network Error’ in Google Chrome. The error arises because of the use of a deprecated parameter which needs to be explicitly overridden. We, at Walking Tree, promote Pentaho and provide support to both corporates and developers to make the best use of Pentaho’s wonderful features.

How to call pentaho report from xaction

Problem Statement : Does xaction allow me to pass a parameter from the front end, just how my…